A Madrid court has let off a former doctor over stealing newborn babies from their mothers and supplying them to infertile couples. 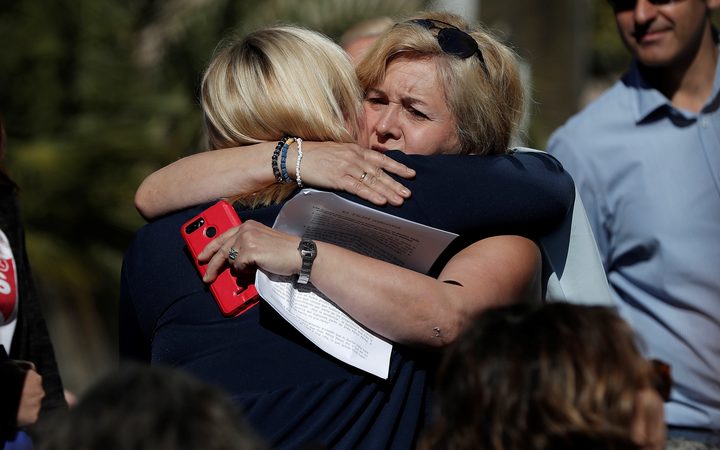 Ines Madrigal (left), 49, who was taken away from her mother as a newborn in 1969, is seen hugging someone after the baby trafficking trial. Photo: AFP / Anadolu Agency

The court found gynaecologist Eduardo Vela, 85, had committed the crimes but could not legally be convicted because too much time had elapsed.

He was the first person to go on trial for illegal adoptions that took place during and after the fascist dictatorship of General Franco.

After Franco's triumph in Spain's 1936-1939 civil war, many children were removed from families identified by the fascist regime as left-wing and given to families considered more deserving. 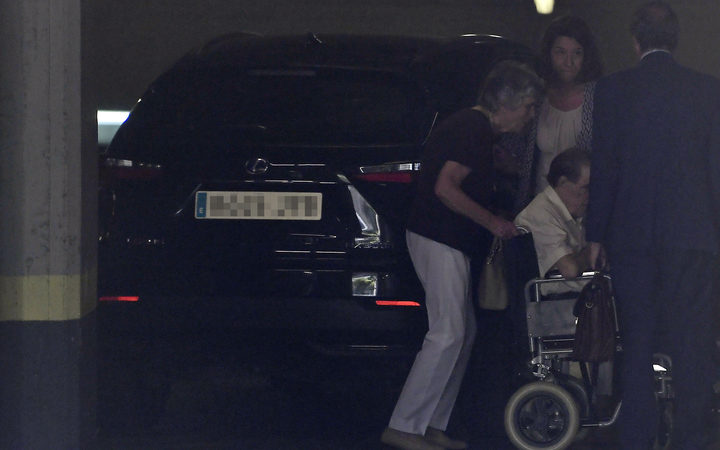 A man, believed to be Spanish former doctor Eduardo Vela (centre), 85, is pushed on a wheelchair as he arrives at a provincial court in Madrid. Photo: AFP

What was the case about?

Inés Madrigal was abducted and illegally adopted as a baby in 1969. She took a case against Vela in April 2012.

Her adoptive mother, Inés Pérez, said before her death that Vela had given her the baby as "a gift", because she and her husband could not have children. DNA testing has shown that Ms Madrigal is not related to her late parents.

However, because Ms Madrigal failed to take the case for 25 years after she first became an adult - in 1987 - it fell foul of the statute of limitations, which is 10 years.

When the case first reached the court, it ruled that a decision would be taken as to whether the timeline fell outside the statute of limitations as part of the verdict.

Ms Madrigal was in court for the verdict but Vela was absent.

She and her lawyer say she will appeal to the Supreme Court so the doctor's crimes do not remain unpunished.

Prosecutors had sought an 11-year jail term for Vela.

The Madrid provincial court found he had committed three crimes - abduction, fraud over pregnancy and forgery of documents.

Why did the scandal take so long to emerge?

Spain's stolen babies scandal went on for decades, from Franco's early years in power to the 1990s.

It took a long time to surface because the Roman Catholic Church and medical profession are highly respected, and Spanish law did not require the biological mother's name on the birth certificate.

The scandal is closely linked to the Church, which under Franco assumed a prominent role in Spain's social services including hospitals, schools and children's homes.

Nuns and priests compiled waiting lists of would-be adoptive parents, while doctors are said to have lied to mothers about the fate of their children.

Democracy is well established now but the Franco era still haunts Spain. There was an unwritten "pact of forgetting" during the democratic transition in the late 1970s.

An amnesty law adopted in 1977, aimed at smoothing the transition to democracy, made it difficult to look into baby trafficking as courts and politicians refused to investigate it.