At least 11 people are dead and more than 100 were injured after a 5.9 magnitude earthquake hit the Caribbean nation of Haiti. 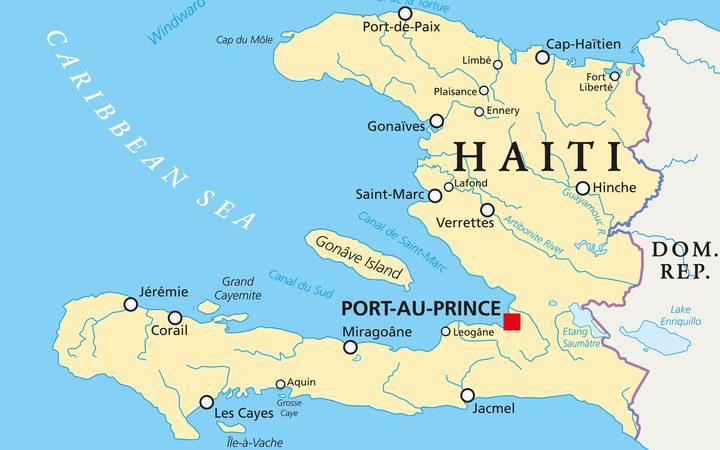 The quake struck about 20 kilometres, west-northwest of the port of Port-de-Paix, the US Geological Survey (USGS) said.

The police chief for the northwest region, Jackson Hilaire, said at least seven people were killed and more than 100 injured in Port-de-Paix.

Another four people died in and around the town of Gros-Morne further south, including a boy struck by a falling building, mayor Jean Renel Tide said.

The quake was one of the strongest to hit Haiti since a 7.0 magnitude quake struck near the capital Port-au-Prince in 2010, killing thousands of people in the impoverished Caribbean country.

In a post on Twitter, Haiti's President Jovenel Moise urged people to remain calm after the civil protection agency said the quake caused injuries and panic in northern towns.

The agency said Port-de-Paix, Gros-Morne, the town of Chansolme and the island of Tortuga had suffered some of the worst damage. Some houses were destroyed, it said.

Le Nouvelliste newspaper said one person was killed when an auditorium collapsed in Gros-Morne and that detainees were released from a police holding cell that was damaged.

The tremor also damaged the facade of a church in the town of Plaisance and a house next door collapsed, the paper said.

Initial reports on social media said Saturday's quake was felt in Port-au-Prince but had not caused major damage there.