Tokyo's world-famous Tsukiji fish market has held its final pre-dawn tuna auction before being relocated to a new site. 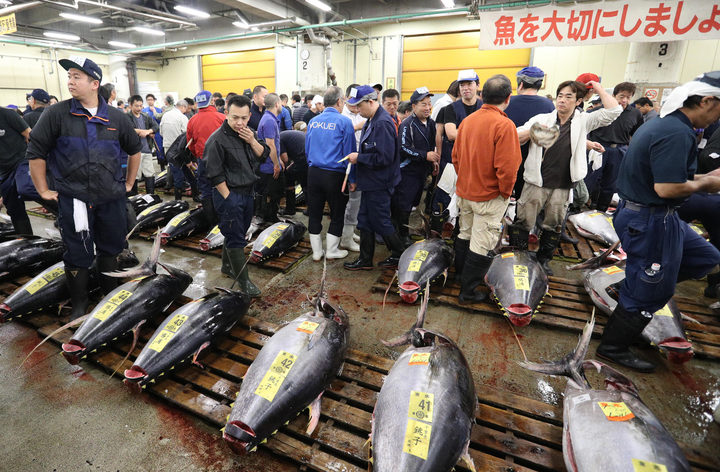 Wholesalers check tuna ahead of the last auction at Tsukiji fish market in Tokyo. Photo: AFP

The world's largest fish market, which has been in operation for 83 years, is being moved as part of the redevelopment for the 2020 Olympic Games.

The famed tuna auctions are a popular tourist attraction in the Japanese capital.

"I'm almost crying," said retired seafood auctioneer Hisao Ishii, who returned to the market for its last day on Saturday.

"Today is a sad day of goodbyes. Tsukiji tried to meet the times, but it is getting older," he told the AFP news agency.

Fishmongers will move from the ageing facility to a new, more modern site in Toyosu, about 2km away.

The relocation of the historic market has long been in the works but faced opposition from some vendors right up until its final days.

Nearly 500 types of seafood were sold at the market in the Japanese capital. Tsukiji is within walking distance of the upscale Ginza district, where some of Tokyo's top restaurants are located. Chefs seeking the best available products formed close relationships with vendors.

The market was constructed in 1935, in the aftermath of the great Kanto earthquake of 1923, and built largely from corrugated iron sheds. It became a sprawling, busy market, but was seen by many as rundown and overcrowded. 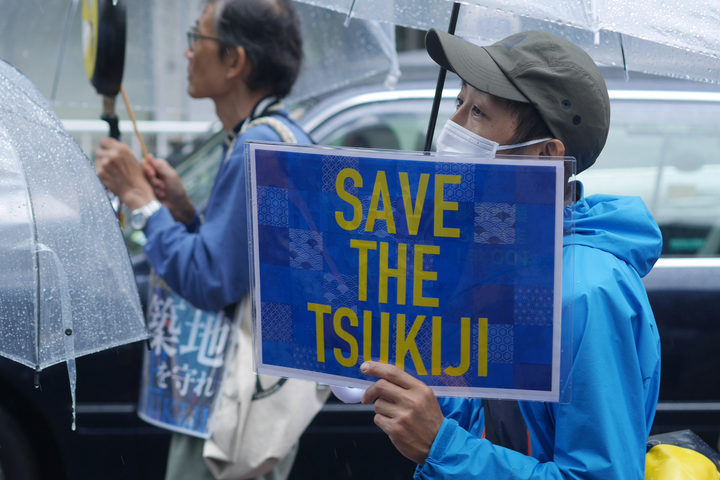 In the final weeks before the relocation to its new home, several hundred protesters braved the rain to speak out against the move. Photo: AFP

The enormous volume and variety of produce meant Tsujiki attracted tens of thousands of tourist visitors each year.

The so-called outer market - home to shops selling food and other goods - will remain after the move.

Efforts to move the market to a more modern location were met with resistance by many of the workers, some of whom have been in the family business for generations.

The move to the new $5bn facility in Toyosu, which used to be home to a chemical plant, was delayed over contamination concerns.

In the final weeks before the relocation to its new home, several hundred protesters braved the rain to speak out against the move.

The new market site is due to open on Thursday, 11 October.