Disturbing new data reveals the impact Australia's flagship remote employment program is having on Indigenous people across the country, prompting claims it is worsening poverty in communities. 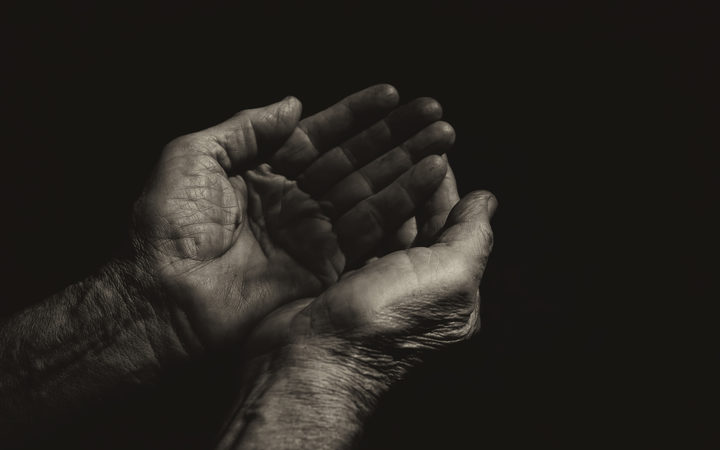 Work-for-the-dole participants in one Aboriginal community were slapped with infringements an estimated 15 times on average last year. Photo: 123rf

Unemployed people in remote areas must take part in the troubled Community Development Program (CDP) to receive welfare payments and can be docked about $50 per day for missing activities.

Work-for-the-dole participants in one Aboriginal community were slapped with infringements an estimated 15 times last year on average, worth at least $650 per person, or 6 percent of their annual income, according to data obtained by the ABC.

Jawoyn man Jamie Ahfat said being on CDP at Barunga in the Northern Territory was like being a "slave" after being breached up to three times a week and once being cut off payments for eight weeks.

A man wearing a brown cap and shirt plays the didgeridoo.

"I couldn't pay for the rent, I didn't have money to buy food the whole time during the whole eight weeks," Mr Ahfat said.

"I felt really terrible and down because, you know, the program was not set up to fail, it's supposed to be set up to gain employment.

Mr Ahfat said he was issued the fines on days when he attended activities and he suggested there were communication problems between the CDP provider and Centrelink.

The ABC obtained 2017 penalty data under Freedom of Information laws and compared the data to participant numbers from 2015.

Most participants in the Federal Government's mainstream work-for-the-dole scheme, Jobactive, were not slapped with penalties last financial year.

"This is part of a perfect storm of issues that are making life harder, more challenging, and also robbing people of a future in remote communities," she said.

In the Central West region of Queensland, where just a quarter of participants are Indigenous, participants were issued fines an estimated 0.33 times each on average last year.

CDP has 60 regions covering most of Australia's land mass, and participants were issued penalties an estimated six times each on average last year.

Many communities are among the most disadvantaged in Australia where employment opportunities are very limited.

In Milingimbi, east of Darwin, the latest census data showed only 18 percent of the town's 1225 residents were employed.

More than 80 percent of CDP participants nationwide are Indigenous.

The Arnhem Land Progress Association (ALPA) is an Aboriginal organisation that runs CDP activities in the Milingimbi/Ramingining region and acknowledges "there are too many penalties".

"In Arnhem Land, cultural practices and traditional lifestyle are maintained at a very high level, which don't necessarily align with the rigidity of the current CDP," ALPA's Liam Flanagan told a recent Senate hearing.

But the Federal Government describes CDP as a "resounding success" that allows people to participate in activities that "promote the maintenance of culture".

"The vast majority of Australians, including the residents of remote communities, support the notion that all job-seekers, no matter where they live, should be required to fulfil activity requirements in return for receiving welfare," |a spokesman for Indigenous Affairs Minister Nigel Scullion said.

People who repeatedly miss activities - tasks such as furniture making and training including hygiene classes - can be cut off from welfare payments for eight weeks.

Participants in the Milingimbi/Ramingining region were hit with a two-month payment freeze an estimated 2.5 times each on average during 2017.

In 20 other regions - where at least nine out of 10 CDP workers are Indigenous - it is estimated participants were handed eight-week penalties once each on average.

Most eight-week penalties are fully or partly waived, and many one-day penalties are waived, but the data does not show the number of penalties imposed.

In May, the Coalition announced 6000 subsidised award-wage jobs as part of the program, along with reducing the maximum workload from 25 hours per week to 20 hours.

"These are important reforms that communities have asked for," the spokesman said.

Senator Scullion's office said it was disappointing to see community organisations spreading, "baseless and inaccurate claims about the CDP".