The Duchess of Cambridge has returned to work following six months on maternity leave after the birth of her third child. 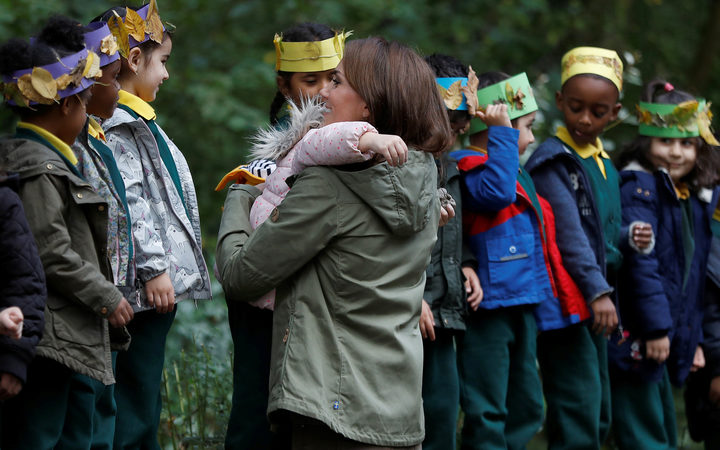 Britain's Catherine, Duchess of Cambridge (R), receives a hug from four-year-old Amwaar, as she says goodbye to school children after visiting to Sayers Croft Forest School and Wildlife Garden in London. Photo: AFP

The duchess helped them search for spiders and other "mini beasts" - something she said she regularly does with her own children.

As she left, the youngsters queued up to hug her and shouted "Bye princess!" 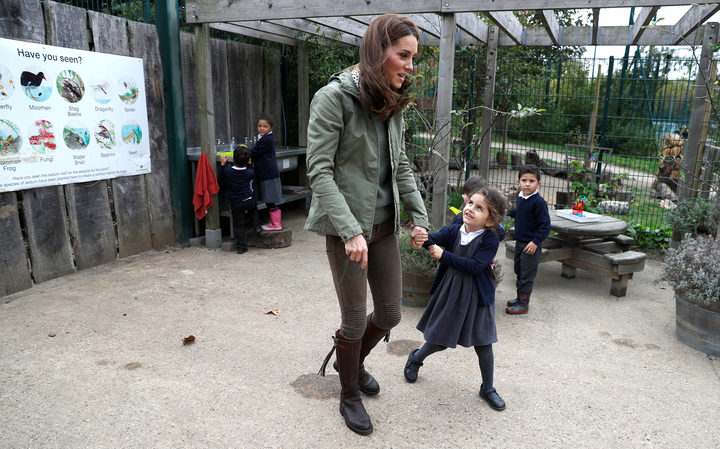 The Duchess was joined by children from Photo: AFP

Prince Louis was born on 23 April, but Catherine's last official appearance was on 22 March with Prince William, helping to prepare a feast as part of the Commonwealth Big Lunch.

She has been seen in public since giving birth but that was for private events.

The duchess, who also has five-year-old Prince George and three year-old Princess Charlotte, visited the Sayers Croft Forest School and Wildlife Garden - which provides outdoor facilities to inner-city school children so they can experience wildlife. 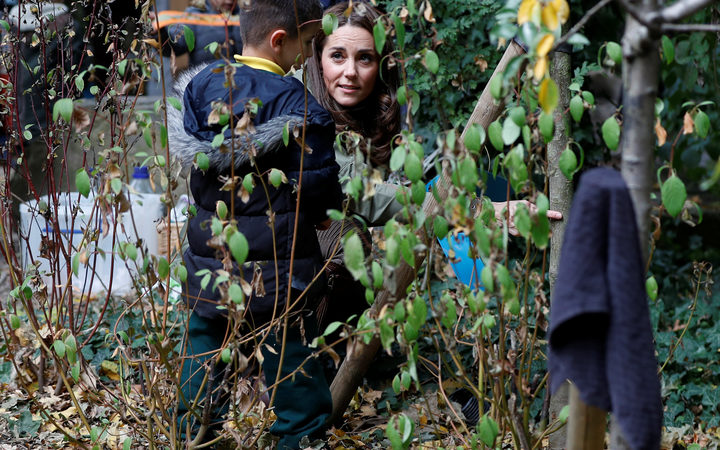 The duchess helped children search for spiders and other "mini beasts". Photo: AFP

She was joined by children from St Augustine's Primary School, who presented her with flowers on her arrival.

She was seen smiling and laughing with the children as they planted seeds together and crouched in bushes looking for insects.