A search and rescue operation is now underway in Indonesia after a powerful earthquake and tsunami hit the island of Sulawesi. 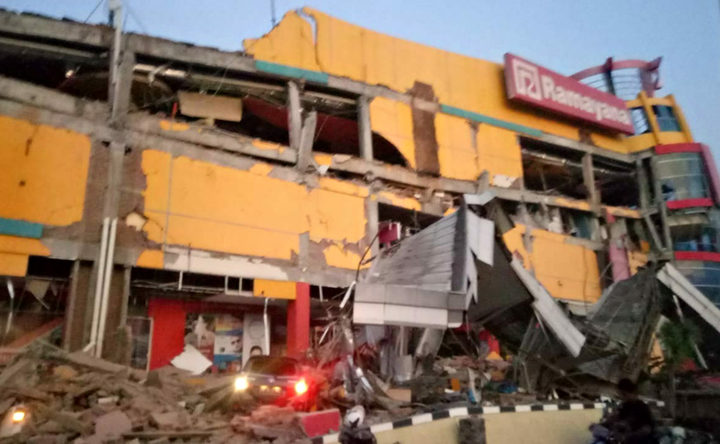 At least five people have been killed and authorities fear the death toll will continue to rise with many people reported missing.

Electricity and communications have been knocked out making it hard to coordinate any rescue operation.

More than 600-thousand people live in the worst-hit cities of Palu and Donggala.

The tsunami was caused by a 7.5 magnitude earthquake which hit just off central Sulawesi last night.

A tsunami warning was issued following the quake but was lifted within an hour.

A video on social media shows people screaming and running in fear as the wave sweeps through Palu.

Indonesia geophysics agency says Sulawesi quake caused a tsunami. This video is doing the rounds. We believe it is real. pic.twitter.com/7xDzzRuj5v

The head of Indonesia's meteorology and geophysics agency BMKG Dwikorita Karnawati said the tsunami had receded.

"The situation is chaotic, people are running on the streets and buildings collapsed. There is a ship washed ashore," she said.

Indonesian disaster agency spokesman Sutopo Purwo Nugroho said houses were swept away by the tsunami and families had been reported missing.

He said communications with central Sulawesi were down, and the search and rescue effort was being hampered by darkness.

The area was hit by a lighter quake earlier in the day, which killed one person and injured at least 10 in Donggala, authorities said.

A tsunami in 2004, triggered by an earthquake off the island of Sumatra, killed more than 120,000 Indonesians and 226,000 people across the Indian Ocean.