The father of a child who was dramatically rescued after dangling from a Paris balcony has been given a three-month suspended sentence. 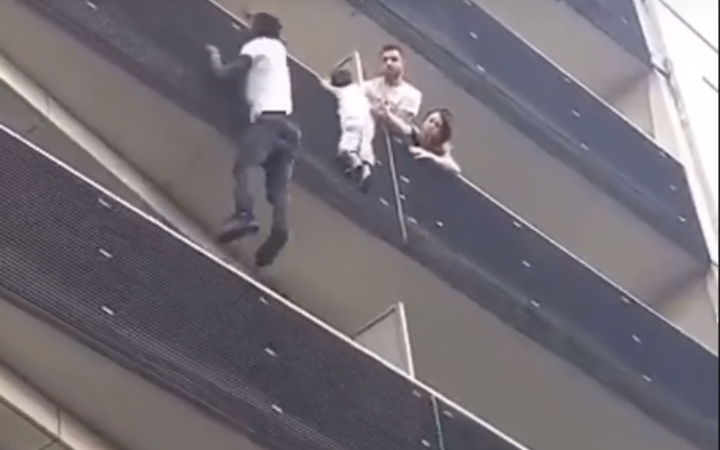 A passerby captured the rescue on video. Photo: Facebook

Convicted of neglecting his parental responsibilities, the man has also been ordered to take a course in being a better parent.

Malian migrant Mamoudou Gassama scaled four floors of the building with his bare hands to save the four-year-old, who was left unsupervised.

His feat led to international acclaim.

Mr Gassama has since been given French citizenship and personally thanked by President Emmanuel Macron.

The father, who has not been named, left the little boy alone to go shopping and then delayed his return to play Pokemon Go, prosecutors said at the time.

The child's mother had remained in Réunion, where the family is from.

The father's lawyer Romain Ruiz told Le Figaro that his client was very aware of the mistake he had made.

The boy was returned to the custody of his parents the day after the incident.