Doughnut lovers took to social media today to decry a decision by Dunkin' Donuts to drop its signature product from its name.

The move is an effort by the brand, now known simply as Dunkin', to highlight a wider array of menu items and appeal to a younger generation. 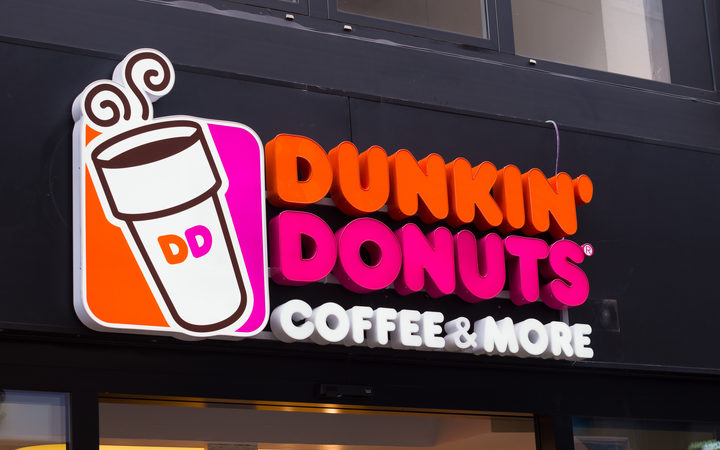 US chain will feature a new logo on packaging, store signage and advertising from January next year. Photo: 123RF

The US chain will still sell doughnuts, but starting in January, it will feature a new logo on packaging, store signage and advertising, while retaining its orange and pink colour scheme.

"We are now on a first-name basis with America," chief marketing officer Tony Weisman said explaining the change.

But many customers were not feeling warm and fuzzy about the official change.

"Is nothing sacred anymore?" tweeted Eileen McKnight, @eileenmck58, after hearing of the news.

The 68-year-old company, based in Canton, Massachusetts, started rolling out the new identity over the last few months, opening 30 "Dunkin'" locations around Boston. That triggered a backlash even ahead of today's announcement.

The brand's launch in 1950 coincided with the popularisation of the alternative spelling of "doughnut" as "donut," according to Google Books data.

The rebranding follows similar moves by Weight Watchers and Kentucky Fried Chicken, which abbreviated their names to WW and KFC, respectively.

The shorter brand names might appeal to a younger generation that has brought texting abbreviations like "LOL" (laugh out loud) and "OMG" (oh my God) into the mainstream, but many long-time brand loyalists opposed the identity shifts.

Dunkin's marketing team said in a conference call it expected the new name to feel "very familiar" to customers who know the brand's motto "America Runs on Dunkin'," introduced 12 years ago.