Comedian Bill Cosby has been sentenced to three to 10 years in state prison for sexual assault. 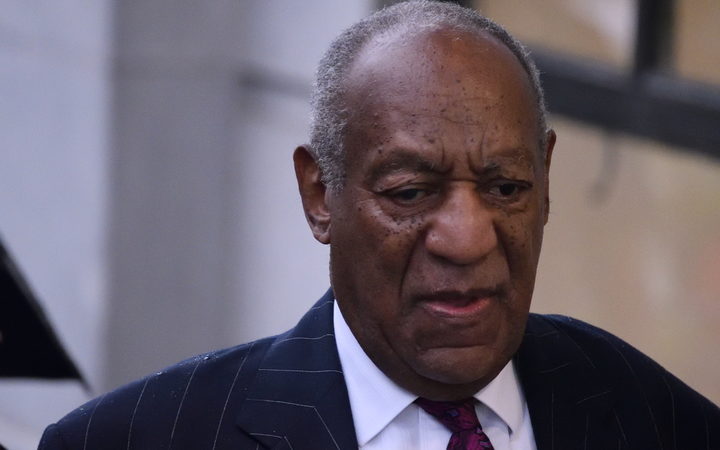 Cosby, 81, has also been categorised as a sexually violent predator, meaning he must undergo counselling for life and be listed on the sex offender registry.

The actor declined to make a statement when a judge gave him the opportunity.

At a retrial in April, Cosby was found guilty of three counts of sexual assault for drugging and molesting Andrea Constand in 2004.

The comedian became a household name in 1980s America when he starred in the Cosby Show TV sitcom, playing the father in a well-to-do African-American family living in Brooklyn, New York.

Such was his popularity that he was dubbed "America's Dad".

"This was a serious crime," Judge O'Neill was quoted as saying by CNN after pronouncing the sentence in the Montgomery County Courthouse in Norristown.

"Mr Cosby, this has all circled back to you. The day has come, the time has come."

He told Ms Constand that he had "heard the very clear impact" the assault had on her life.

In June 2017, the former Temple University administrator described how Cosby, whom she had viewed as a "mentor", had given her pills that left her "frozen" and unable to stop his assault.

In her impact statement, as carried by the National Post, she said: "To truly understand the impact that the sexual assault has had on my life, you have to understand the person that I was before it happened."

"I was at the top of my game, certain that the groundwork provided by my education and athletic training would stand me in good stead whatever challenges lay ahead..." she said.

"After the assault, I wasn't sure what had actually happened but the pain spoke volumes. The shame was overwhelming. Self-doubt and confusion kept me from turning to my family or friends as I normally did. I felt completely alone, unable to trust anyone, including myself."

She wrote that she had stopped eating, sleeping and socialising. Tormented by nightmares, she finally told her mother the truth about what had happened.

"Bill Cosby took my beautiful, healthy young spirit and crushed it," she said. "He robbed me of my health and vitality, my open nature, and my trust in myself and others."

"Instead of looking back, I am looking forward to looking forward," she added. "I want to get to the place where the person I was meant to be gets a second chance."

The three counts on which Cosby was convicted were merged into one after an agreement between the defence and prosecutors, AFP News agency reports.

Psychologist Kristen Dudley testified that Cosby showed signs of a mental disorder and was likely to reoffend.

Ahead of the sentence, the judge designated him a sexually violent predator, despite the defence's argument that Cosby's age and blindness meant he was not a threat.

Tuesday's classification means he will need to register with state police and notify any community he lives in of his sex offender status, as well as undergo mandatory counselling for life.

Neighbours, childcare centres and schools will have to be notified of his whereabouts.

Cosby's wife, Camille, did not attend the sentencing.

Some 60 other women have accused Cosby of sexual misconduct but charges have not been brought because of the statute of limitations.

However, Cosby does face defamation lawsuits for branding his accusers liars.

"We may never know the full extent of his double life as a sexual predator but his decades-long reign of terror as a serial rapist is over," Ms Constand wrote.

Lili Bernard and former model Janice Dickinson - both Cosby accusers present at the hearing - tweeted on Tuesday: "May justice be served! #MeToo".

The comedian was arrested in 2015 and a deadlocked jury resulted in a mistrial in June 2017.

This year's retrial occurred amid the #MeToo movement that has seen people worldwide come forward to share stories of sexual harassment and assault.