An Indonesian teenager who looked after a fishing hut survived for 49 days at sea by cooking fish over wood taken from his vessel, it has emerged. 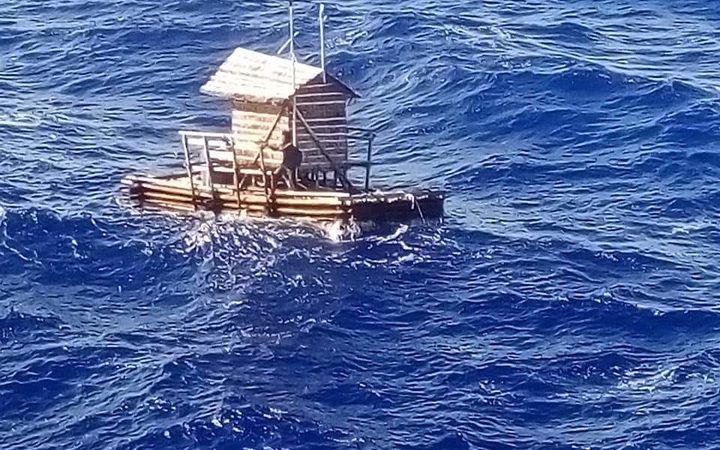 The teenager survived by cooking fish on wood he burnt from parts of his vessel. Photo: Facebook / Indonesian Consulate General Osaka

Aldi Novel Adilang was on the hut 125km off the Indonesian coast in mid-July when heavy winds caused its moorings to snap, casting the 18-year-old adrift.

He ended up thousands of kilometres away near Guam, where he was eventually picked up by a Panamanian vessel.

The 18-year-old, from the Indonesian island of Sulawesi, worked on a "rompong" - a floating fish trap without any paddles or engine.

His job had been to light the rompong's lamps, which are designed to attract fish, the Jakarta Post newspaper reports.

The trap, which is shaped like a hut, floats in the middle of the sea but is anchored to the seabed by ropes.

Every week, the teenager would be brought fresh supplies of food, water and fuel by someone from his company who would come to collect the fish. 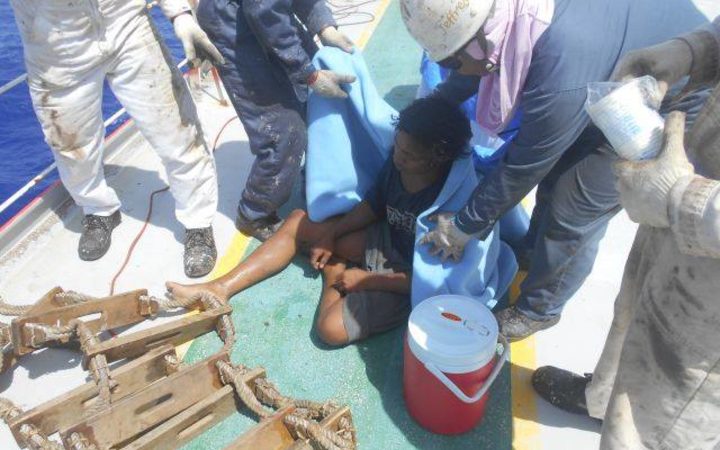 More than 10 ships had sailed past the teenager but none of them saw him. Photo: Facebook / Indonesian Consulate General Osaka

On 14 July, Mr Adilang's rompong was hit by heavy winds, which caused its moorings to snap.

He only had a limited amount of supplies left, so he caught fish and cooked it by burning the rompong's wooden fences.

It is unclear how he remained hydrated.

"[He] said he had been scared and often cried while adrift," Fajar Firdaus, an Indonesian diplomat in Osaka, Japan, told The Jakarta Post.

"Every time he saw a large ship, he said, he was hopeful, but more than 10 ships had sailed past him. None of them stopped or saw [him]."

His mother told the news agency AFP how she learned of her son's disappearance.

"His boss told my husband that he went missing," Net Kahiking said. "So we just surrendered to God and kept praying hard."

On 31 August, Mr Adilang sent an emergency radio signal upon seeing the MV Arpeggio nearby. He was picked up by the Panamanian vessel off the waters of Guam.

The captain of the vessel contacted the Guam coast guard, who instructed the crew to take him to Japan, the ship's destination, according to a statement from the Indonesian Consulate General in Osaka's Facebook page.

Mr Adilang arrived in Japan on 6 September and flew back to Indonesia two days later, where he has now been reunited with his family. He is said to be in good health.