A French court has ordered far-right leader Marine Le Pen to undergo psychiatric tests as part of an inquiry into her sharing images of Islamic State group atrocities. 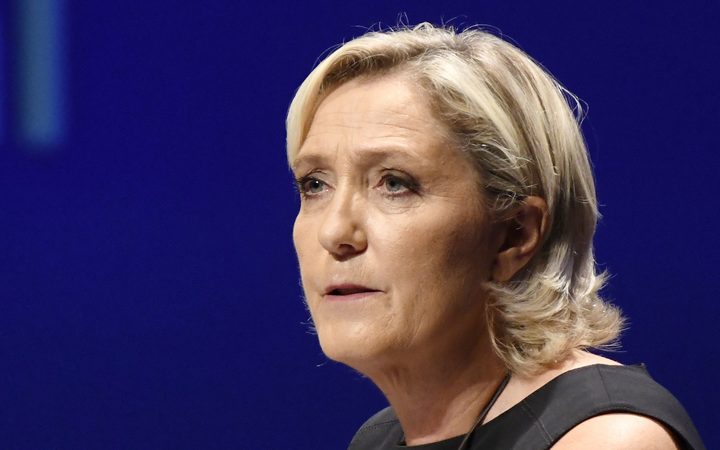 She posted the images back in 2015, including one showing the decapitated body of IS victim James Foley.

She has been stripped of her immunity as a parliamentarian and she could still face a fine or even jail.

As leader of what was then the National Front, Ms Le Pen was comfortably beaten by Emmanuel Macron in the second round of presidential elections last year.

Since then she has been attempting to rebuild, and the party has been rebranded as National Rally in part to try to distance it from the taint of racism.

According to the document posted by Ms Le Pen, the judge wants the tests to determine if she suffers mental illness or is "capable of understanding remarks and answering questions".

"It's crazy," Ms Le Pen tweeted. "This regime is really starting to be frightening."

She later told reporters she had no intention of submitting to the assessment. Prosecutors told Le Parisien newspaper the request was standard procedure.

Ms Le Pen sparked an outcry when she posted the images, which she shared in response to a journalist who drew a comparison between IS and her party

The other images showed a tank running over a man in an orange jumpsuit, while another jumpsuit-clad man was shown in a cage being burned alive.

The case against her stems from French laws against circulating "violent messages that incite terrorism or pornography or seriously harm human dignity" and that can be viewed by a minor.