A French private art college has apologised after one of its promotional images was doctored to include more black students. 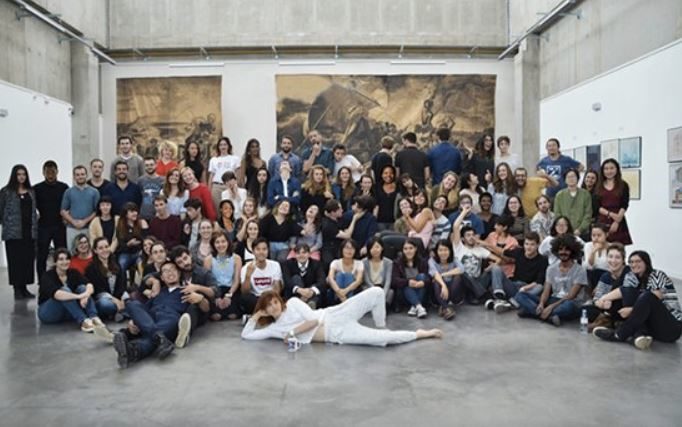 The photo of a class trip to an art gallery was posted on a US promotional website for Lyon's Émile-Cohl art school.

Students noticed it was altered to darken the skin of white students, with black students digitally inserted.

The school has apologised, and blamed the doctored image on a US public relations company.

Social media users posted comparisons of the original image and the altered version on Twitter.

The original image of students at the French art school. Photo: Twitter

On its website, a statement by Émile-Cohl college said the school was first alerted to the image by students. They said it was "retouched to change the physical appearance" of some students.

The school removed the doctored image from the website and apologised to those concerned, "because it goes without saying that we disapprove of this process".

The photo was intended to be used as promotional material for a new college subsidiary in Los Angeles.

College director Antoine Rivière said in an interview with French news magazine L'Express the college sent several photos to a US communications firm "to enhance the reputation of our school there".

The image was changed without their knowledge, he said.

"This is the antithesis of what represents Émile-Cohl," Mr Rivière said.