Volkswagen is ending production of its Beetle in 2019, closing the door on one of the world's most iconic car designs. 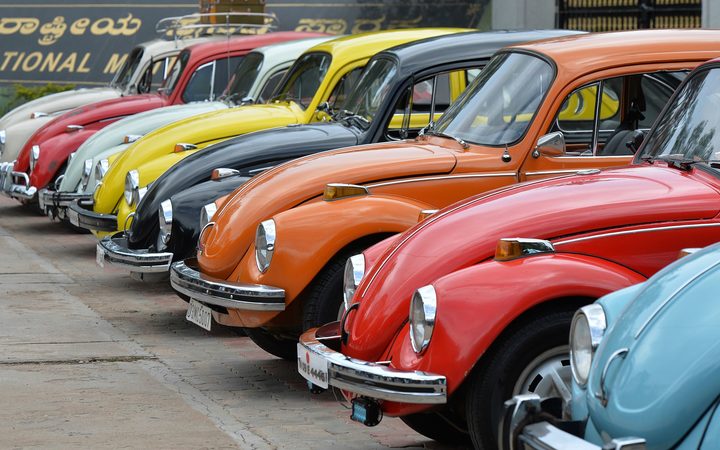 Vintage Volkswagen Beetle cars are parked in a row during a rally held as part of the 23rd anniversary of "World Wide VW Beetle Day". Photo: AFP

The German company said output would end at its plant in Mexico next July after production of celebration models.

The Beetle has its roots in Nazi Germany with the creation of a "people's car", but went on to star in a series of successful Disney films as a vehicle called Herbie.

But sales, particularly in the key US market, have fallen in recent years.

Consumers in the US have increasingly turned to larger cars such as crossovers and sports utility vehicles.

Volkswagen, in the wake of the diesel emissions scandal and huge investment in electric vehicles, says it will look to slim down its model range with a greater focus on family and electric cars.

The company said the final Beetle models would be available in both coupe and convertible styles.

"The loss of the Beetle after three generations, over nearly seven decades, will evoke a host of emotions from the Beetle's many devoted fans," said Hinrich Woebcken, chief executive of Volkswagen Group of America.

The Beetle was originally designed in the 1930s by legendary engineer Ferdinand Porsche - a name now synonymous with fast cars - at the behest of Adolf Hitler, who wanted to see a cheap and practical mass-produced car made available to the German people.

But the outbreak of war stalled its production, as military necessity took precedence.

The plant ws severely damaged, then fell into the hands of Allied forces - who were eventually to play a large part in its re-commissioning.

Production began to take off in the late 1940s, and by 1955 a million of the cars were driving on German roads.

The design found international fame in the 1960s and '70s in films featuring Herbie the Love Bug, a racing car with a mind of its own.

It was also popular with the 1960s counter-culture, who extolled the Beetle's small, practical, but aesthetic qualities.

Production of the Beetle has ceased, and then been revived, several times over the decades.