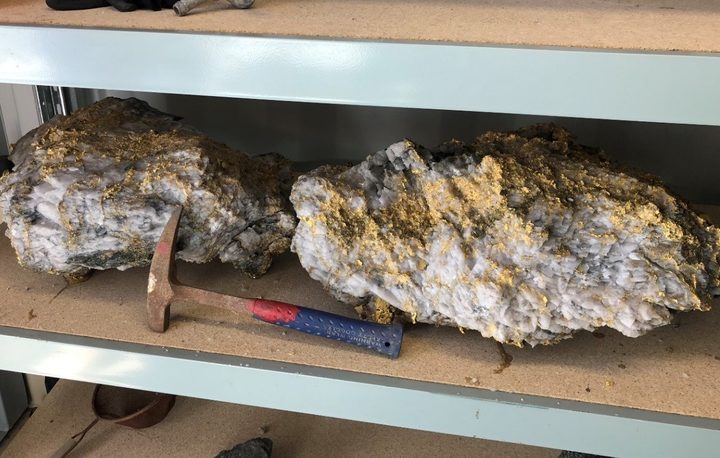 Workers at the Beta Hunt mine near Kambalda, 630km east of Perth, have brought more than $AU15 million ($NZ16.34 million) worth of gold specimens to the surface in just four days.

The gold-encrusted rocks were found about 500m below the surface in an area just 3m-wide and 3m-high.

The largest specimen weighs in at 90kg and took three men to lift it onto the back of a ute.

The quartz rock is covered in an estimated 2300 ounces of gold worth about $3.8 million at today's gold price.

Another 60kg specimen is estimated to contain 1600 ounces, or about $2.6 million in gold.

Senior geologist Zaf Thanos said in most mines around the world it was only possible to see gold through a magnifying glass.

"You might go your whole life and you'll never see anything like it. It's definitely a once-in-a-lifetime discovery," he said.

"As a geologist, like I said, you get excited by a pinhead speck. But to see something on this scale is just phenomenal.

"This sort of bonanza zone is incredibly unique." 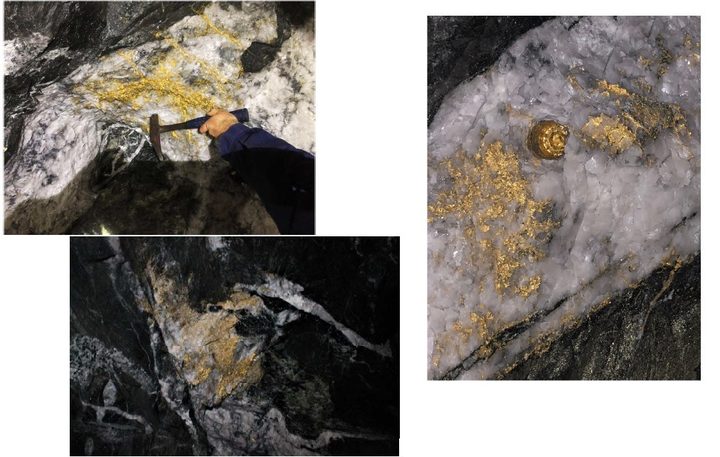 The rich cluster of high-grade gold has so far produced more than 9000 ounces.

Kambalda miner Henry Dole is credited with the discovery, describing it as hitting the "mother lode".

Mr Dole had drilled holes into the wall of the mine and planted explosives which were fired once he was safely on the surface.

When he came back to the same area for his next shift, Mr Dole thought it was business as usual.

"Everything was covered in dust, and as I watered the dirt down there was just gold everywhere, as far as you could see," he said.

"I've been an airleg miner for 16 years. Never in my life have I ever seen anything like this.

"There was chunks of gold in the face, on the ground, truly unique I reckon.

"I nearly fell over looking at it … we were picking it up for hours."

A handful of gold rocks could be worth several thousand dollars, so security has been beefed up in the days since the find.

Armed guards have been transporting the gold to a secure vault.

Workers are under constant video surveillance and the area of the mine where the gold was found has been fenced off and padlocked.

The irony is that Beta Hunt has been mined for nickel, which is a key ingredient in stainless steel, since the 1970s, and gold has always played second fiddle.

There are stories among the workforce dating back to the early days of the mine which suggest similar bonanza finds may have been made in the past but were not considered significant at the time because of low gold prices.

There are also tales that workers in those days would bury bags of gold rocks in the event the commodity came back stronger.

The mine's Canadian owners, RNC Minerals, are planning an auction for the large specimens.

RNC president Mark Selby said collectors in north America and around the world are known to pay up to a 50 percent premium on the gold metal value for rare specimens.

"Given the rarity of the rock, and the physical beauty and presentation of the gold that's there, it's a very spectacular stone in multiple ways so we'll see whether 20, 30 or even 50 per cent premiums apply here," he said.

"We're really looking forward to auctioning the key stones off over the coming weeks.

"There's a pretty select group of collectors who this would appeal to.

"When you look at nuggets, which are a solid piece of gold, the biggest are around 2,000 ounces, so this is right up there in terms of the largest specimens we've ever seen."