Egypt has delivered verdicts for more than 700 people over a pro-Muslim Brotherhood sit-in after President Mohammed Morsi was ousted in 2013. 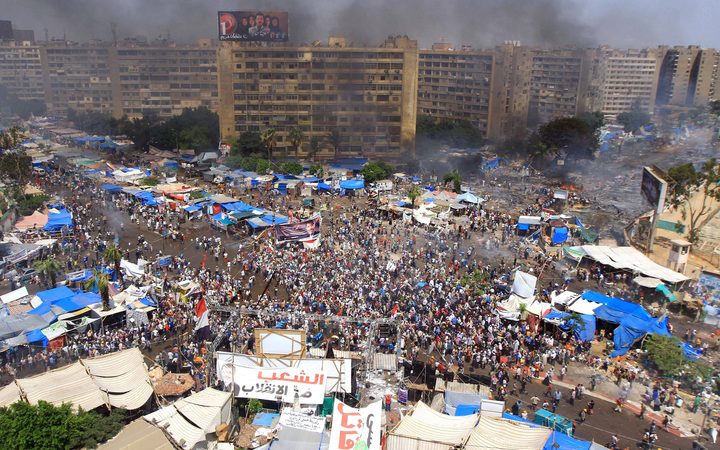 The court confirmed 75 people's death sentences and life imprisonment for 47 others, including Islamic leaders.

Rights group Amnesty International has called the trial "grossly unfair" and a violation of Egypt's constitution.

Violence erupted at the 2013 protest in Cairo's Rabaa al-Adawiya square, with hundreds killed by security forces.

Earlier this year, Egypt's parliament gave military officers immunity for the deadly crackdown and any crimes committed between July 2013 and January 2016.

Those who were sentenced in the mass trial were accused of security-related offences including incitement to violence, murder and organising illegal protests.

The 75 death sentences were handed down in July and Saturday's confirmation of them and the additional verdicts mark the end of the mass trial.

Prominent members and politicians in the now-banned Muslim Brotherhood organisation were among those sentenced to life, including its Supreme Guide, Mohammed Badie. 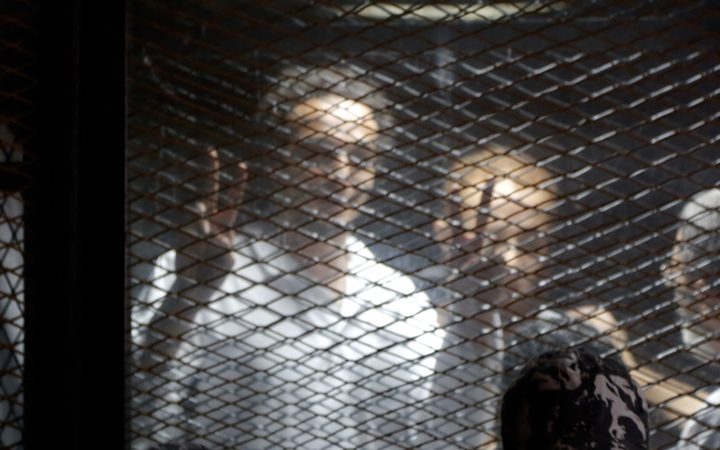 He was detained while taking pictures of the dispersal of the demonstration. He is expected to now walk free after having spent five years in jail pending trial.

Hundreds of people were arrested when the Egyptian army and police dispersed the pro-Morsi protest, which took place a month after the democratically-elected former president was ousted by the then military chief and current president, Abdel Fatah al-Sisi.

Rights groups have criticised the mass trial, and Human Rights Watch has said the Egyptian security forces' killing of at least 817 people probably amounted to a crime against humanity.

The government said many protesters were armed, and that eight police were killed - although it initially said more than 40 members of the security services had died. It has since declared the Muslim Brotherhood a "terrorist organisation".