US rapper Mac Miller has been found dead at his California home, US media report. 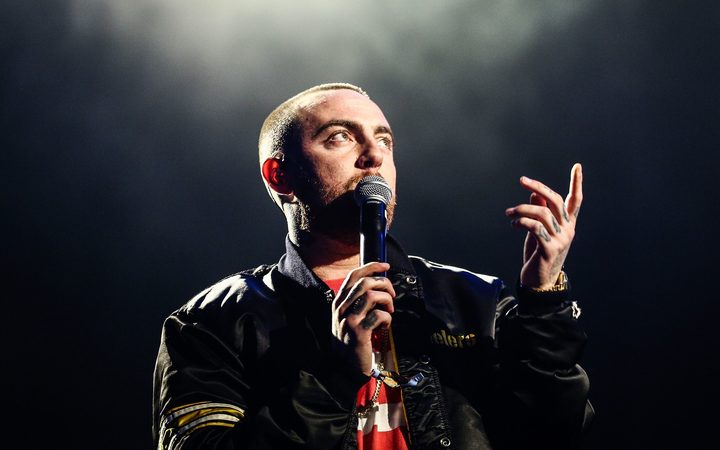 Reports say the 26-year-old, who was open about his substance abuse, died from an apparent overdose.

The rapper, whose real name was Malcolm James McCormick, rose to fame after topping US charts with his debut album in 2011.

He released his latest record, Swimming, earlier this year and was due to go on tour.

Miller went through a well-publicised break-up with singer and girlfriend Ariana Grande earlier this year.

The pair collaborated on a number of songs and performed together at the One Love Manchester concert in 2017.

Charges were filed against the rapper last month after he was arrested in May for driving under the influence and hit and run.

Grande spoke out publicly about ending their "toxic relationship" after fans blamed her for his arrest.

"I am not a babysitter or a mother and no woman should feel that they need to be," she said in a typed message posted on social media.

Grande said she had "tried to support his sobriety" for years, and was praying that he "figures it all out".

Born in Pittsburgh, Pennsylvania, Miller began to focus on his music while still at school and released his first mixtape under the name EZ Mac at just 15.

Maturing in the public eye, he starred in a MTV reality series in 2013 which followed him and a group of friends after he moved to Los Angeles to pursue his career.

He released a series of albums and EPs across the last decade, collaborating with high-profile artists like Kendrick Lamar and Pharrell Williams.

In his final tweets posted on Thursday, the rapper promoted the North American tour he was set to embark on next month.

Artists including Snoop Dog, Wiz Khalifa and Shawn Mendes paid tribute to Miller after news of his death broke on Friday.

In a moving tweet, Chance the Rapper said he was "completely broken" after hearing the news and described Miller as "one of the sweetest guys I ever knew".