A Myanmar judge has found two Reuters journalists guilty of breaching a law on state secrets and sentenced them to seven years in prison. 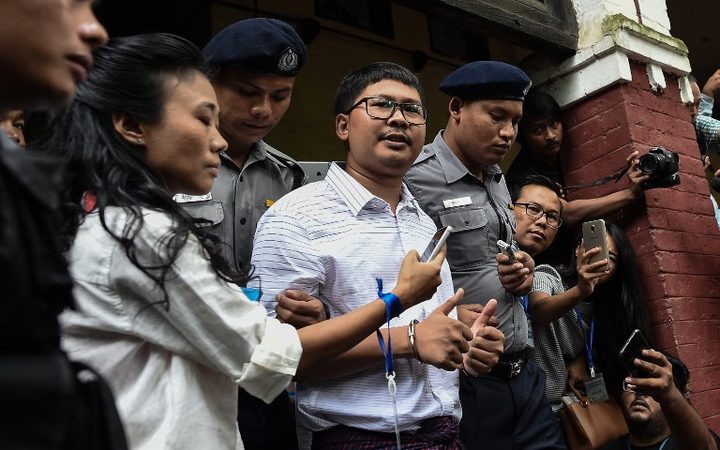 "The defendants ... have breached Official Secrets Act section 3.1.c, and are sentenced to seven years. The time already served by the defendants from Dec. 12 will be taken into consideration," the judge said.

The reporters had told the court two police officials handed them papers at a restaurant moments before other officers arrested them on 12 December, in what one police witness testified was a set-up to entrap the journalists. 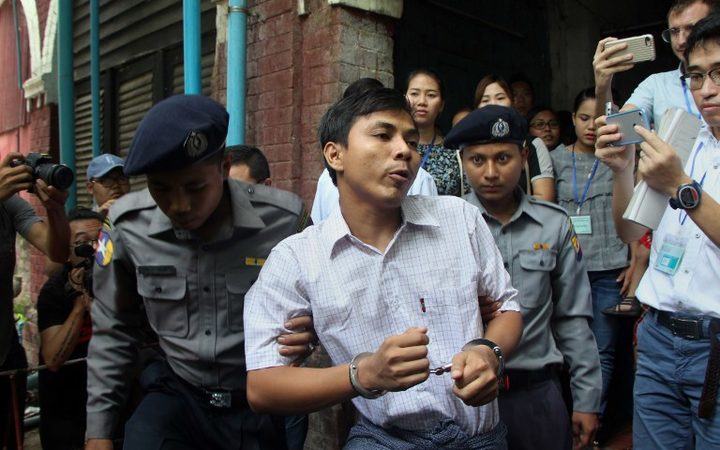