Theresa May has insisted she will not be forced into watering down her Brexit plan during negotiations with the EU. 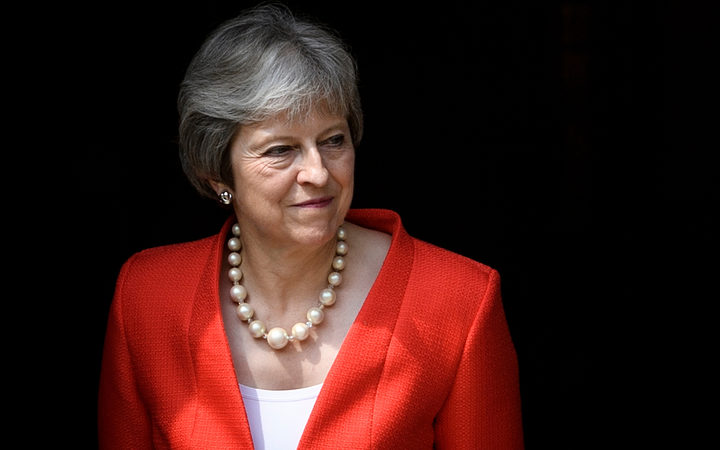 British Prime Minister Theresa May says she is clear she must fulfil "the democratic decision of the British people" over Brexit. Photo: AFP

Writing in the Sunday Telegraph, the British prime minister says she will "not be pushed" into compromises on her Chequers agreement that are not in the "national interest".

But Mrs May also warns she will not "give in" to those calling for a second referendum on the withdrawal agreement.

She says it would be a "gross betrayal of our democracy and... trust".

The People's Vote, a cross-party group including some MPs, is calling for a public vote on the final Brexit deal.

The UK is on course to leave the EU on 29 March and the government previously ruled out another referendum.

The prime minister writes that the coming months are "critical in shaping the future of our country", but that she is clear about her mission in fulfilling "the democratic decision of the British people".

She adds that following the Chequers agreement in July - which led to the resignation of two Cabinet ministers - "real progress" has been made in Brexit negotiations.

While there is more negotiating to be done, Mrs May writes: "We want to leave with a good deal and we are confident we can reach one."

The government has been preparing for a no-deal scenario, even though this would create "real challenges for both the UK and the EU" in some sectors, she says.

But the prime minister adds: "We would get through it and go on to thrive."

Writing in the same paper, Conservative MP Nick Boles - a former minister who backed Remain - said the Chequers policy had "failed" and he could no longer support it.

He wrote that the EU was treating the plan as "an opening bid", and the UK was facing "the humiliation of a deal dictated by Brussels".

Instead, Mr Boles, who is a member of the Brexit Delivery Group, believes the two-year transition period should be scrapped and replaced with the UK becoming part of the European Economic Area for three years - giving more time for a trade deal to be negotiated.

"The plan I am setting out represents our only hope of a better Brexit," he added.

Earlier this week, it was revealed in a leaked memo that People's Vote wants Labour MPs and activists to submit a motion at the party's conference this month, committing Labour to backing a new referendum on the final deal.

The party's current policy position is to respect the result of the 2016 Brexit referendum.