The FBI has arrested a California man after he threatened to kill employees of The Boston Globe newspaper calling them "enemies of the people". 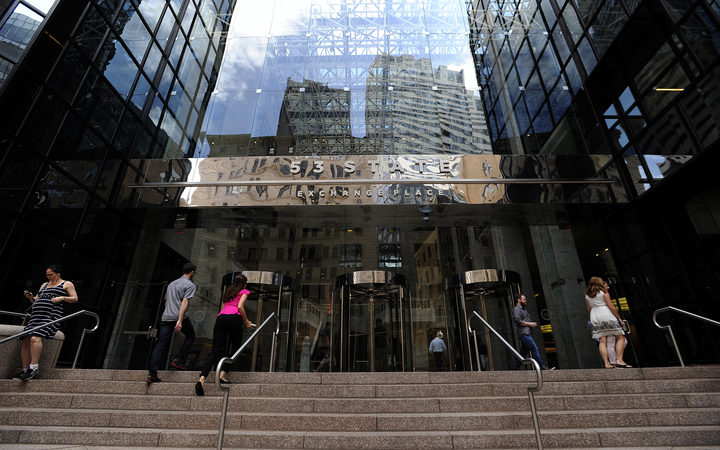 Federal authorities have charged Robert Chain with threatening to kill employees of the newspaper for its role in leading a campaign defending press freedom in the face of President Donald Trump's attacks.

Prosecutors say the 68-year-old called journalists "the enemy of the people" in threatening phone calls that echoed the phrase Mr Trump has used to criticise unflattering news coverage through his campaign and years in office.

US attorney for Massachusetts Andrew Lelling, a Trump appointee, said that in a time of increasing political polarisation, and amid the increasing incidence of mass shootings, members of the public must police their own political rhetoric.

"Or we will," Lelling warned in a statement on Thursday.

The Globe on 10 August announced its plan for coordinated editorials defending press freedoms enshrined in the first amendment of the US Constitution.

Newspapers and other media outlets across the United States joined in on 16 August. 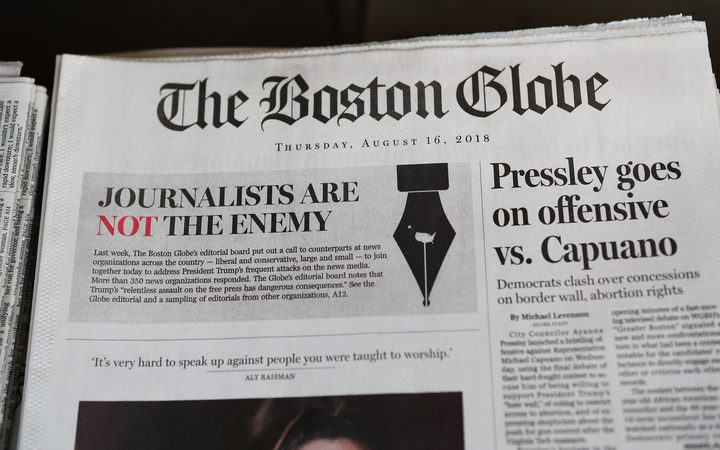 Prosecutors said Mr Chain made 14 threatening calls to the Globe, and allegedly called the newspaper on 16 August when he threatened to shoot employees in the head at 4pm.

That prompted authorities to station police outside the paper's Boston building. In an attack on CNN he said its hatred and extreme bias" towards him made the media organisation "unable to function" and tweeted its president Jeff Zucker should be fired.

"While it was unsettling for many of our staffers to be threatened in such a way, nobody - really, nobody - let it get in the way of the important work of this institution," Globe spokeswoman Jane Bowman said in a statement.

In June, five people were shot dead at a newspaper in Annapolis, Maryland, allegedly by a man by a long-standing grudge against the paper, prosecutors said.

Donald Trump continued bashing news media organizations on Wednesday and Thursday, lashing out at NBC and CNN, and again using the phrase "enemy of the people."

I just cannot state strongly enough how totally dishonest much of the Media is. Truth doesn’t matter to them, they only have their hatred & agenda. This includes fake books, which come out about me all the time, always anonymous sources, and are pure fiction. Enemy of the People! 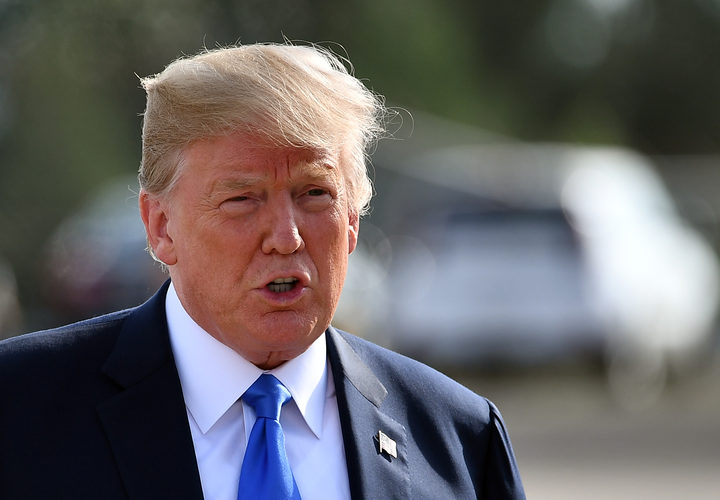 In an attack on CNN, Mr Trump said its hatred and extreme bias" towards him made the media organisation "unable to function" and tweeted its president Jeff Zucker should be fired.

He is waging a war of words with Watergate reporter Carl Bernstein over a story for CNN reporting Mr Trump knew about a 2016 meeting with Russians.

The president called Mr Bernstein "sloppy" and a "degenerate fool" who invented stories. Mr Bernstein, who covered the Watergate scandal during the Nixon presidency, responded saying he stands by his reporting.

The story in question had quoted sources as saying that the president's former personal lawyer Michael Cohen was ready to testify that Mr Trump was aware of the June 2016 Trump Tower meeting between his son, Donald Trump Jr and Russians who said they had dirt on Hillary Clinton.

CNN stood by the story and Mr Bernstein, tweeting at the president: "Make no mistake, Mr President, CNN does not lie."

Make no mistake, Mr. President, CNN does not lie. We report the news. And we report when people in power tell lies. CNN stands by our reporting and our reporters. There may be many fools in this story but @carlbernstein is not one of them.