The United States' first transgender nominee for governor says there is a "tidal wave" flowing against the "hatred and bigotry" of Donald Trump. 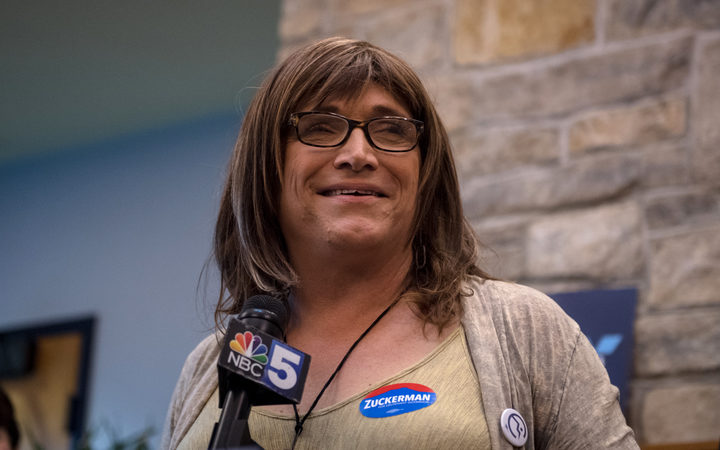 Former energy executive Christine Hallquist defeated three other candidates to win the Democratic Party nomination for governor of Vermont and will now face incumbent Republican Phil Scott in the midterm elections in November.

"I always call us an oasis state that shows the rest of the nation how it should be done," Ms Hallquist told RNZ's The Panel.

She described Mr Trump as a "despot" because he targeted marginalised communities and minorities.

"He's targeting the transgender community because we're the easiest to target."

However, she said it went beyond her being transgender.

"When Donald Trump was elected November 9, 2016, it changed everything. I don't think he represents America. I think America is much more aligned with what I'm talking about and we're going to prove it this year.

"What I'm hoping is that 2018 will be the year we changed history and we restored our democracy in spite of a despot. I want to be able to tell my great grandchildren it was great because we survived a despot."

She said support for her candidacy, and other liberal candidates around the US, was in reaction to Mr Trump.

"In the physics world we say to every action there's an opposite and opposing reaction. Well that's true in the political world too.

"Many people are talking about a rainbow wave, a pink wave, a blue wave, but I think we're seeing a tidal wave."

Of the thousands of Vermonters she had spoken to only one had discussed that she was a trans person "and that was more a question of curiosity".

However, she was expecting some vitriol.

"But that's just a sign of success because we really are a threat."

Ms Hallquist's policies were around stimulating and diversifying Vermont's rural economy, she said.

"In fact, all of rural America is seeing the same problems rural Vermont is. Which is flights to the city, increasing poverty and an aging demographic."

America was seeing the last bastion of trickledown economics, first popularised by former president Ronald Raegan. While commentators saw the US economy as strong, she said there was a different side to the story.

"It's in pretty good shape for the wealthy but if you look at what's happened to the working class, inflation has outpaced wage growth once again.

"I believe people are rising up all across the country to restore the rights of the working class as well as marginalised communities."