It is a landmark deal that has been more than two decades in the making. 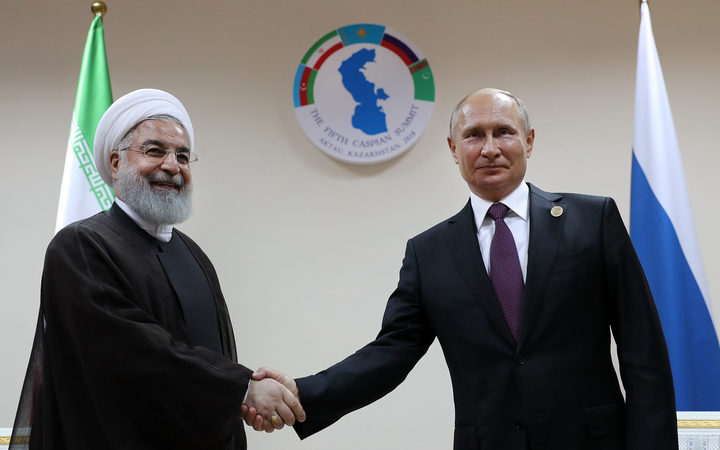 Russia, Iran, Azerbaijan, Kazakhstan and Turkmenistan - all bordering the Caspian Sea - have agreed in principle on how to divide it up.

Their leaders signed the Convention on the Legal Status of the Caspian Sea in the Kazakh city of Aktau on Sunday.

It establishes a formula for dividing up its resources and prevents other powers from setting up a military presence there.

It is an important step in the easing of regional tensions, but the deal over the world's largest inland body of water matters for several reasons.

Here's what you need to know about the hotly disputed Caspian Sea.

Its legal status has been complicated 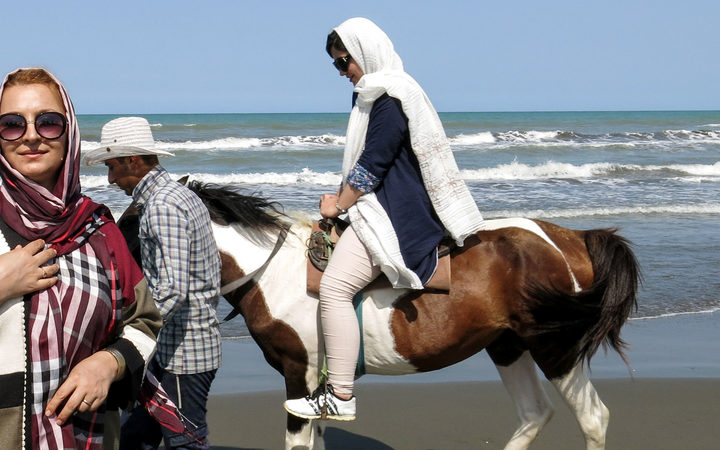 An Iranian woman rides a horse by the Caspian Sea coast in the port city of Gisum, in the northern province of Gilan in 2017. Photo: AFP

It would be reasonable to assume that the Caspian Sea is, well, a sea. But at the heart of this long-running dispute is whether or not the 370,000 sq/km body of landlocked water should be considered a lake.

Until the dissolution of the Soviet Union (USSR), that's what it was known as and shared between the USSR and Iran.

But the arrival into the scene of new countries that split from the USSR complicated this issue, with ensuing claim and counterclaim.

Even Russia at times argued it was a sea and not a lake.

Why is the difference so important?

If it is treated as a sea, then it would be covered by international maritime law, namely the United Nations Law of the Sea.

This binding document sets rules on how countries can use the world's oceans. It covers areas such as the management of natural resources, territorial rights, and the environment. And it is not limited to littoral states, meaning others can seek access to its resources.

But if it is defined as a lake, then it would have to be divided between all five countries - and a formula about who gets what is not the easiest of equations to solve.

For instance, some countries, such as Azerbaijan and Kazakhstan, established an early claim over large areas of the Caspian and stood to lose out under a new split.

Sunday's agreement goes some way to settling this dispute.

The signed convention gives the body of water a "special legal status" which means it is not defined as a sea or a lake, Russia's Deputy Foreign Minister said.

The surface water will be treated like a sea - meaning freedom of access to all beyond territorial waters - but the seabed which is rich in natural resources will be divided up.

Boundaries have yet to be negotiated.

So the basis of the disagreement stems from who gets access to what. This is important because ...

It is rich in oil and gas

The Caspian Sea is highly-prized for its vast oil and gas reserves.

It's estimated there are 50 billion barrels of oil and nearly 8.4 trillion cubic metres of natural gas beneath its seabed.

That is why disagreements over how to divide some of its huge oil and gas fields have been numerous - and acrimonious. On occasion, warships have been deployed to scare off contractors hired by rival countries.

The disagreement over its legal status has also prevented a natural gas pipeline being built across the Caspian.

But there is a possibility this could be explored further following Sunday's deal.

International oil companies that rushed to the area in the 1990s have now pulled out.

It provides the world's caviar

The Caspian Sea has a number of different species of sturgeon, the fish that yields the highly prized delicacy caviar.

Between 80 and 90 percent of the world's caviar is sourced from the Caspian, but the numbers have been falling over the past few decades.

In 2002, a survey found that the fish was rapidly disappearing and could soon become extinct.

It also found an abnormally large proportion of young sturgeon in comparison to more mature fish which produce the eggs used to make caviar.

In response, various bans on sturgeon fishing in the Caspian Sea and on the caviar trade more generally have been introduced.

Significantly, Kazakh President Nursultan Nazarbayev said on Sunday that the recent agreement allowed the setting of national quotas for fishing.

Pollution is a major problem

The Caspian Sea has long suffered pollution from oil extraction and other industries.

Oil pollution has affected the migration routes of sturgeon, according to the UN's Caucasus Environment Outlook.

It said sturgeon swim through highly polluted water near Azerbaijan's Absheron Peninsula - and that is believed to limit their food and oxygen.

A more recent concern is bacterial pollution caused by sewage from Iran, which is adding to the threats facing sturgeon fish.

The Caspian Sea's disputed legal status was also a risk factor for the environment - as no enforcement would have been possible to deal with a major oil spill or other pollution incident in disputed waters.