German police have come to the rescue of a man being chased by a baby squirrel. 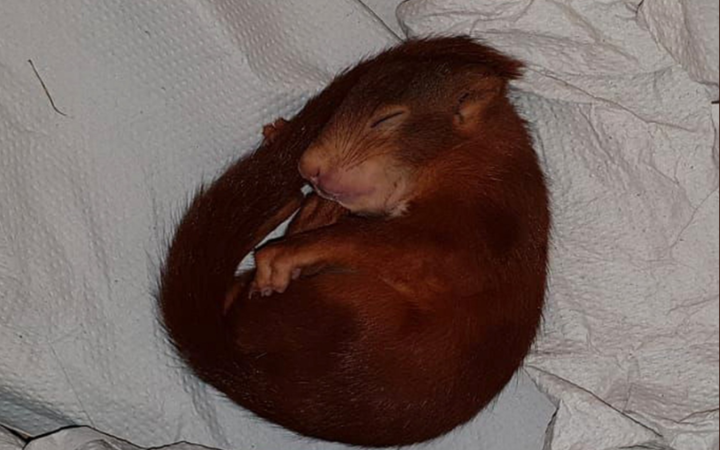 The squirrel fell asleep and then was taken into custody Photo: Twitter / @Polizei_KA

Officers in the south-western city of Karlsruhe responded to the call for help and arrived to see the creature still terrorising the caller.

The squirrel was taken into custody after it abruptly fell asleep.

A police report of the incident said the persistent rodent has become their new mascot, and has been dubbed Karl-Friedrich.

According to the report, baby Karl-Friedrich is being well looked after in an animal rescue centre. 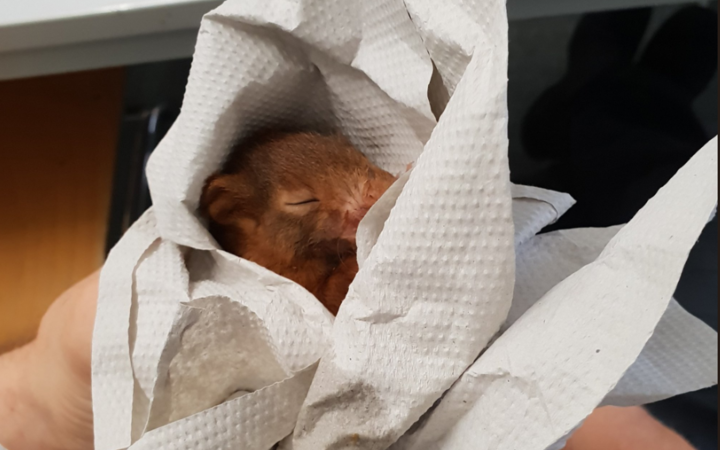 Squirrels are known to chase people when in need of food or help.

Police spokeswoman Christina Krenz told the Guardian squirrels that have lost their mothers can focus their attention on one person as a replacement.

"It can be pretty scary," she said, determining that the caller "was certainly feeling a bit threatened".

Squirrel attacks are not always so benign.

A three-year-old boy in Cornwall, UK was left covered in blood the previous year after being bitten by a pack of six squirrels.