The wife of the Syrian President, Bashar al-Assad, has been diagnosed with breast cancer. 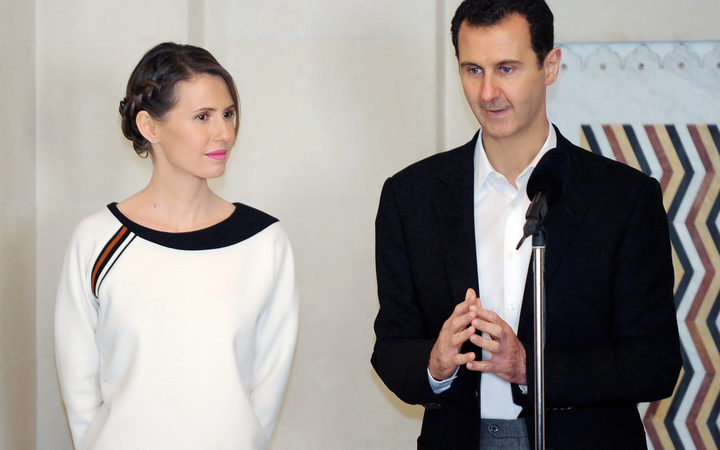 The wife of the Syrian President, Asma al-Assad, beside her husband has been receiving treatment for an early-stage malignant tumour. Photo: AFP PHOTO / HO / SANA

Officials confirmed on Wednesday that Mrs Assad was receiving treatment for an early-stage malignant tumour.

Born and raised in London, the Syrian first lady has been a highly controversial figure.

She was one of twelve people placed under EU sanctions in 2012 over the government's violent response to the Syrian uprising.

A photograph of Mrs Assad and her husband was posted on Twitter together with the words: "Mrs Asma al-Assad begins the first stage of treatment for a malignant breast tumour that was discovered early.... the Presidency and its team wish Mrs Asma a speedy recovery."

She moved to Syria in 2000 and married former ophthalmologist Bashar al-Assad, just months after he succeeded his father Hafez al-Assad as president.

The couple were initially presented as reformers and as a change from the repressive rule of the late president, with a glowing portrait of Mrs Assad published by Vogue in February 2011 - and since deleted - describing her as "the freshest and most magnetic of first ladies".

But just a month later, police reacted brutally to protests in the southern city of Deraa, sparking a conflict which has claimed the lives of around half a million people and displaced millions more.

In her first public comments on the violence in February 2012, Mrs Assad firmly stood beside her husband.

"The president is the president of Syria, not a faction of Syrians, and the First Lady supports him in that role," a statement from her office to The Times newspaper read.

The same year, activists released thousands of private emails purportedly from the president and his wife apparently showing that Mrs Assad continued to buy luxury goods even after the uprising had begun. She was also personally sanctioned by the EU.

She did not speak to foreign media again until 2016, when she told Russian state-backed television that she had previously rejected offers of asylum abroad.