Chile has become the first South American country to legally ban the widespread commercial use of plastic bags. 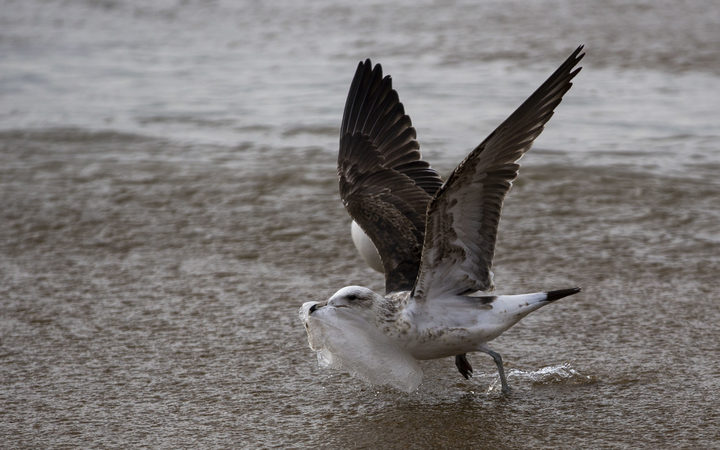 A seagull picks a plastic bag on the seashore at Caleta Portales beach in Valparaiso, Chile Photo: AFP

The new legislation, approved by Congress and enacted by President Sebastián Piñera, gives small shops two years to adapt to a total ban.

In the meantime they will only be allowed to hand out two carrier bags per customer.

Scientists say plastic pollution has a devastating impact on marine wildlife and affects the health of humans.

Mr Piñera said the new rules were a great step for a cleaner Chile.

"We want to go from a throwaway culture, where everything is used and chucked away, to the healthy culture of recycling," he said.

"There are 7.6billion inhabitants in the world. We can't continue polluting as if each one of us owned the Earth."

He handed out reusable cloth bags at a ceremony marking the ban on Friday.

The legislation was proposed by his predecessor, Michelle Bachelet, who banned the use of plastic bags in Chile's Patagonia region.

Several other countries have also been taking steps to combat plastic pollution.

In January, Panama approved legislation curbing the commercial use of plastic bags.

Businesses there were given up to 24 months to phase out the use of plastic carrier bags.

In England, a 5p compulsory charge per bag was introduced in 2015.