A plane has crashed in Mexico's city of Durango, television images show, with the state governor saying nobody was killed. 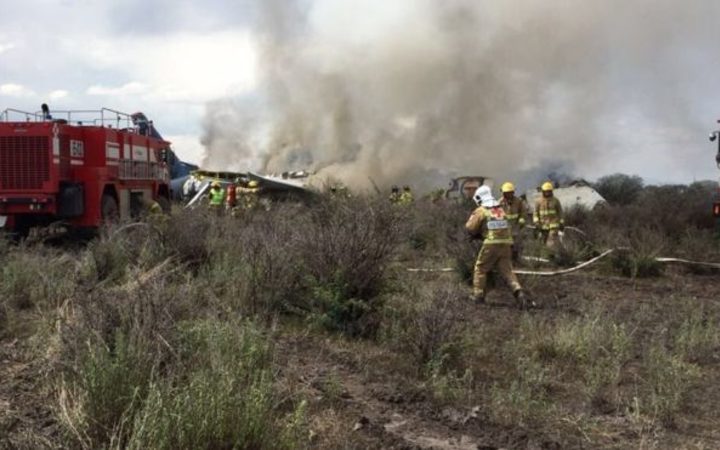 The plane was destined for Mexico City, and had a capacity of 100. Photo: Protecciōn Civil Durango / Twitter

Durango state governor José Aispuro wrote on Twitter that there were no reports of deaths among the 97 passengers and four crew aboard.

Eighty-five people were injured, some seriously, and two passengers are in critical condition following the crash.

Aeroméxico flight AM2431 was flying from Guadalupe Victoria International Airport to Mexico City.

The crash happened 10km (six miles) from the airport just after take-off.

On the scene reports say passengers were seen walking to a nearby road to seek help.

Emergency services are at the scene, with footage showing smoke billowing from the aircraft, an Embraer 190.