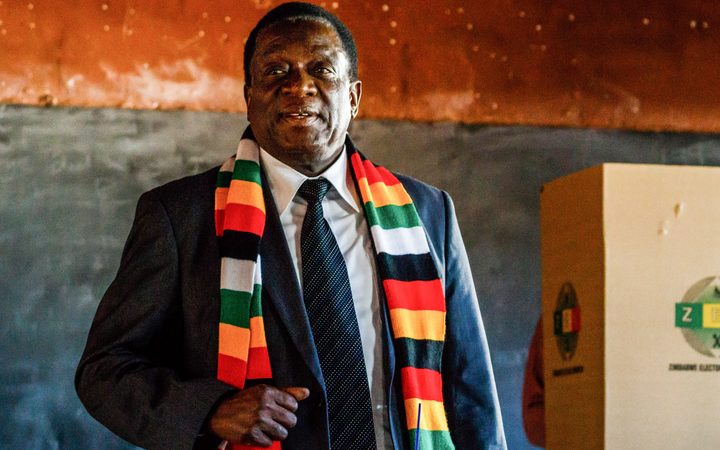 Foreign observers have hailed the election as an opportunity for Zimbabwe to break with its repressive past.

The presidential election is expected to be a tight contest between the incumbent Emmerson Mnangagwa and his main rival Nelson Chamisa.

Opinion polls give Mr Mnangagwa, who heads the ruling Zanu-PF party, a narrow lead over Mr Chamisa, the candidate of the opposition MDC Alliance. Both leaders are running for the presidency for the first time.

On Sunday, Mr Mugabe, who first came to power after independence in 1980, said he would not vote for his successor.

Mr Mugabe, regarded as one of the last "Big Men" of African politics, was forced out of office last November by Mr Mnangagwa with the help of the military.

Crowds whistled and broke into chants of "Chamisa" when the 40-year-old MDC leader cast his ballot on the outskirts of Harare, amidst a media scrum.

"We will win this election to the extent it's free and fair... it's a done deal," he told the BBC. 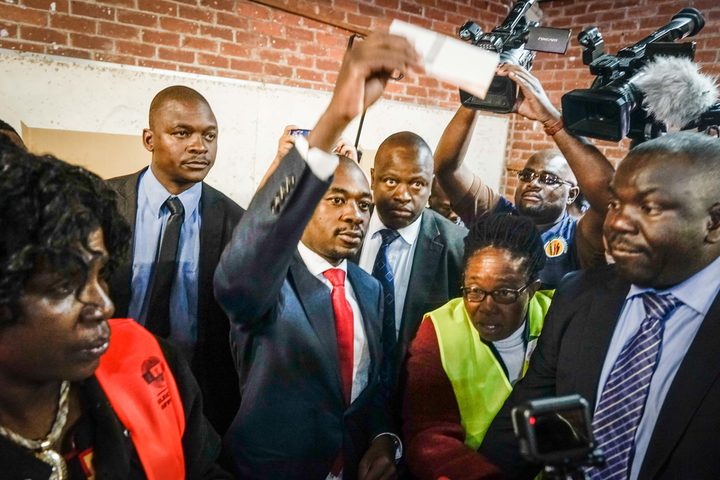 In contrast, Mr Mnangagwa, thought to be 75, voted in a quiet polling station at a school in the central city of Kwekwe.

At one stage, he was seen taking his head out of the voting booth to check where he should put his cross on the ballot.

He tweeted that Zimbabweans should vote with "peace in our hearts".

"We will sink or swim together," he added.

Who make up most of the voters?

The country is expecting a high turnout of first-time voters. Younger voters are expected to be key - almost half of those registered are under the age of 35.

More than 5.6 million Zimbabweans are registered.

People had to re-register for this year's poll as the electoral commission introduced a biometric system to eliminate any "ghost voters" - though the opposition still alleges there are irregularities in the voters' roll.

However, the Zimbabwe Election Commission (Zec) says it will deliver a credible poll and that voter turnout has been high.

Hundreds of international observers have been deployed to ensure the vote goes smoothly.

'To soon' to judge if voting fair

European Union (EU) chief observer Elmar Brok said it was too soon to make a judgement but voting had been "very smooth" in some areas, and "totally disorganised" in other areas, Reuters news agency reports.

As well as worries about the voters' roll, the opposition has expressed concern over the security of ballot papers and voter intimidation in mainly rural areas.

Liberia's former President Ellen Johnson-Sirleaf, who is monitoring the poll on behalf of the US-based National Democratic Institute, told the BBC that the long queues showed that Zimbabweans were enthusiastic about voting, without any kind of repression.

This the first time in 16 years that EU and US observers have been allowed to monitor elections in Zimbabwe.