China has revoked the licences of two Air China pilots after a vaping incident in the cockpit forced an emergency descent last week. 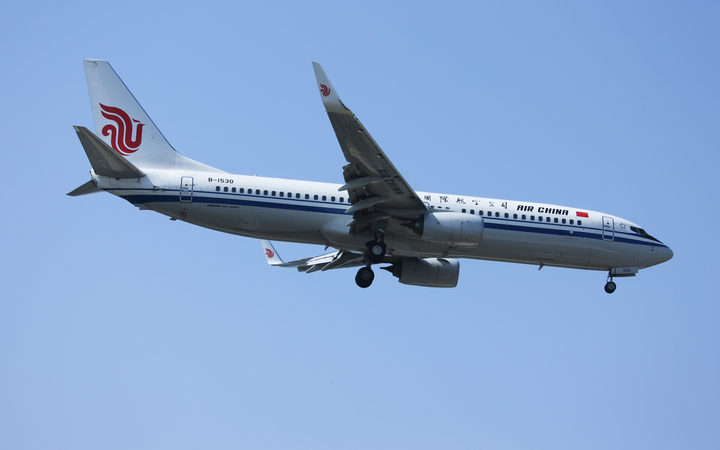 Air China's Boeing 737 flights will be cut by 10 percent after an e-cigarette incident occurred on one of the flights. Photo: 123rf

A passenger flight from Hong Kong to Dalian had to drop more than 6500m due to a sudden loss of cabin pressure.

Investigators said it was caused by one of the pilots smoking an e-cigarette.

The Civil Aviation Administration of China (CAAC) will also launch a safety crackdown on the Chinese flag carrier for three months and fine the airline 50,000 yuan ($NZ10,964), China Central Television (CCTV) said on its WeChat account.

The CAAC also suspended the licenses of other staff involved in the emergency incident that was linked to a co-pilot smoking in the cockpit, CCTV said.

The mid-air drama unfolded when one of the pilots, who was vaping, tried to turn off a fan to stop his smoke reaching the passenger cabin. Instead, he turned off the air-conditioning unit, causing a drop in the cabin's oxygen levels.

The plane was forced to descend rapidly.

If a plane loses cabin pressure, the pilot has to bring the aircraft to a lower altitude to keep crew and passengers safe.

Once the crew saw that the air conditioning had been turned off, they reactivated it and brought the flight back to its normal altitude.

The plane went on to complete its flight as scheduled, and none of the 153 passengers or crew were injured.

A third pilot on board, who was not involved in the incident, had his licence revoked for six months and was banned by Air China for two years, the South China Morning post reported.

Chinese flight regulations prohibit all flight crew from smoking, and banned passengers from using e-cigarettes on board in 2006.

Air China shares fell as much as 1.4 percent in Hong Kong in response to the safety crackdown, before recovering slightly, against a flat Hang Seng index.

The stock is down nearly 40 percent in Shanghai so far this year, amid a falling yuan and higher oil prices.

BOCOM International analyst Geoffrey Cheng said the crackdown would likely have an impact on Air China's flight schedules, especially as it enters peak travel season, but could also prompt the airline to cut poorly performing routes.

"It could have pros and cons," he said.

A Chinese aviation professor, who spoke on condition of anonymity as he was not permitted to speak to media, said the cuts appeared to only apply to Boeing 737 planes stationed at Air China's Beijing headquarters.

"For a big company like Air China they can move some 737s to their companies in southwest China or Zhejiang ... which could lessen Air China's losses," he said.

Air China has several branch offices in places such as Inner Mongolia and Shanghai as well as number of subsidiary airlines.