Comic book artist Steve Ditko, who co-created Spider-Man and Doctor Strange for Marvel comics in the early 1960s, has died aged 90, US media has reported. 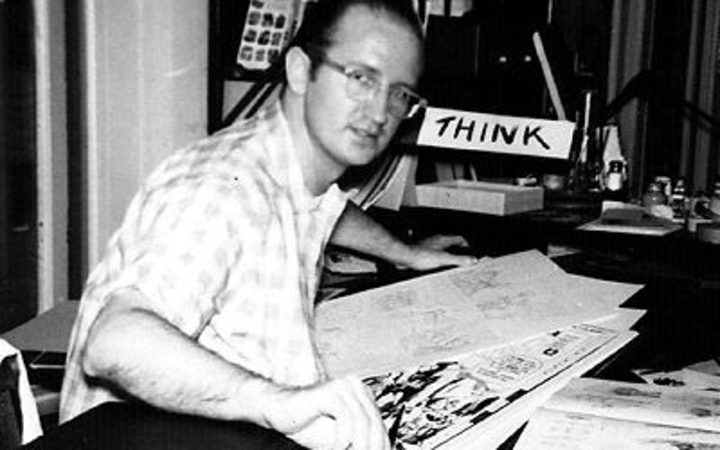 Ditko was found dead in his New York apartment last week, according to The Hollywood Reporter. 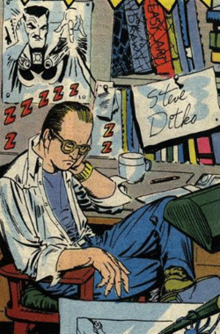 Working with writer Stan Lee, Ditko created Spider-Man in 1961 and Doctor Strange in 1963, designing the look of the iconic characters.

In his long career, he also created characters such as Hawk and Dove, The Creeper, Squirrel Girl and Mr A, a character who strictly followed the rules of Ayn Rand's objectivist philosophy.

Ditko left Marvel in 1966 after disagreements with Lee, but returned in the late seventies. He also worked for DC, Charlton and other publishers.

While his creations have become world famous and sparked blockbuster movies, Ditko actively shunned the spotlight, refusing to be photographed and rarely interviewed.

He still regularly wrote, drew and published his own comics - many featuring Mr A - from his Manhattan studio until the end.

Comics book creators and fans have paid tribute to the artist:

Without Steve Ditko there would have been no Spider-Man, no Doctor Strange, no Creeper, no Hawk and Dove, none of the black and white reprint comics I read in seaside resorts as a boy. No The Question (which means no Rorschach). No Mister A. No mystery.

Spider-Man, Dr. Strange, Squirrel Girl, Mr. A, Speedball, and so many others. RIP Steve Ditko, creator of heroes and infinite wonders. pic.twitter.com/Lj4DEzn4yd

one of the great and distinctive comic book artists, one of the great creators of the fertile 1960s, an admirable creative force until the end; thank you, Steve Ditko pic.twitter.com/DbpQGIdSAN

Steve Ditko was many things, but I’ll always remember him for his angry weirdness. its telling that his three most lasting creations are the quintissential angry teen Peter Parker, the chaotic and unknowable Dr Strange and the bizarre but undefeatably earnest Squirrel Girl.

The uncompromising and brilliant Steve Ditko is gone. Here's my favorite image of him: trapped in an ink bottle between his two iconic collaborations. pic.twitter.com/R75q4yv9i5

Goodbye, Steve Ditko, and thanks for everything, you weird legend. What strange and amazing things you achieved. pic.twitter.com/xIGOExiCYt

Steve Ditko is immortal. RIP to one of the greats. #steveditko pic.twitter.com/G9pGdHygKZ

I am beyond sad. For me, the single greatest comic book artist and creator who ever lived, Steve Ditko, is gone. Thank you for your tireless brilliance and boundless imagination, Steve, you uncompromising genius.https://t.co/aEPolXTIAy