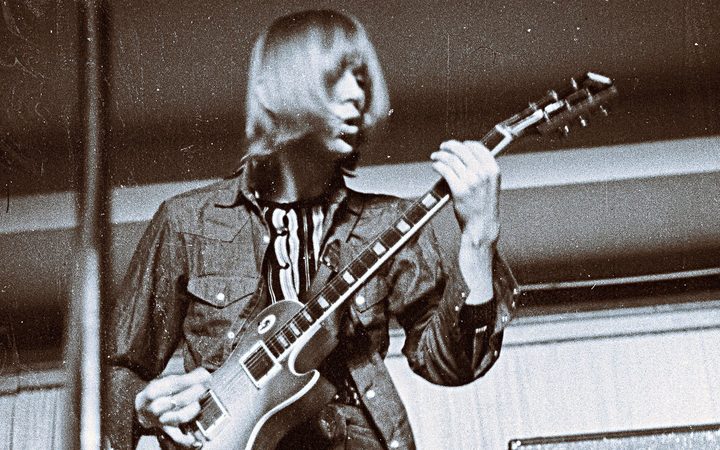 Fleetwood said in a Facebook post that Kirwan died on Friday in London. No cause of death was given.

Kirwan was part of the iconic band from 1968 to 1972, playing on the albums Then Play On, Blues Jam at Chess, Kiln House, Future Games and Bare Trees.

Fleetwood writes that Kirwan's legacy "will forever live on in the music he wrote and played so beautifully as a part of the foundation of Fleetwood Mac".

Kirwan was among the eight members of the band - along with Fleetwood, Stevie Nicks, Lindsey Buckingham, Peter Green, John McVie, Christine McVie and Jeremy Spencer - who were inducted into the Rock and Roll Hall of Fame in 1998.

Danny Kirwan has died, 8th June 2018, in London, England, aged 68.
Guitarist, songwriter & singer.
Member of Fleetwood Mac (1968-72).
As far as Peter Green is concerned, it was Kirwan that made his 1968 composition “Albatross” any good.
Kirwan’s solo starts at 56 seconds: pic.twitter.com/z9GKdBpxp1