Findings from a survey of more than 10,000 Australian primary and high school students reveal girls do more chores - and get less pocket money. 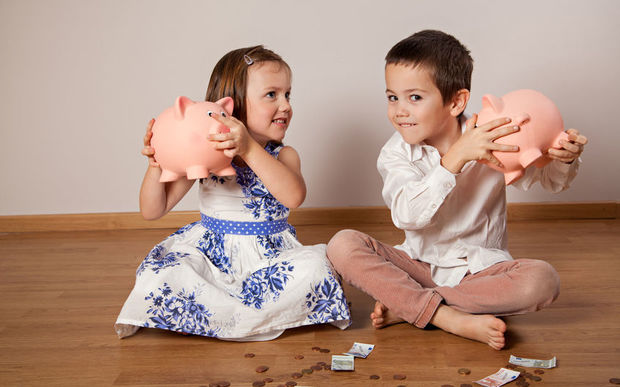 The Kids Contribute survey, conducted by University of Melbourne researchers with the ABC's Behind the News program, quizzed students on the ways they help out at home, at school and in the community.

Students were asked questions about how often they helped with things such as looking after family members, the cleaning up, raising money or helping out with school events.

The survey showed almost all children were contributing at home, school and in the community.

"I think it's important to celebrate how much children are contributing, that they feel good about it and that they're motivated by wanting to help others," said Lisa Gibbs, a University of Melbourne researcher analysing the results and director of the Jack Brockhoff Child Health and Wellbeing program.

But it also revealed Australian girls are doing more housework compared to their male counterparts, they're helping out more at school, and are contributing more to local clubs compared to boys.

But that does not translate to greater financial reward through pocket money: among children who received pocket money, girls were also being paid less than boys.

Not only that - a greater proportion of boys received pocket money, with 53 percent of boys getting any pocket moeny at all compared to 49 percent of girls.

Cleaning, tidying up around the house

Around the house, the survey revealed girls were more likely to help out with all cleaning and caring roles.

For cleaning and tidying up around the house, 60 percent of girls said they did this regularly (responding "often" or "a lot"), compared to 50 percent of boys.

There were similar findings in both schools and at sports clubs.

In fact, in all but two questions in the survey girls contributed more often than boys.

The exceptions were helping adults with technology at home and helping others online.

"The issue, clearly, is starting with children and it follows women right throughout their lives and into retirement."

This disproportionate share of housework is one of the key barriers to closing the pay gap between men and women, according to the Ms Lyon's agency.

Students were asked how much pocket money they got for doing chores, ranging from less than $5 per week to more than $25 per week.

Boys were more likely than girls to receive pay in the four highest brackets.

Girls were also more likely to dominate the lowest pocket money brackets, or not be paid at all.

It was a worrying result that required further investigation, professor Lisa Gibbs said.

"As a female, it concerns me but we need to look more closely to find out what is happening because the data is also showing us that girls are more resilient. So who is missing out - the girls or the boys?" she said.

The data did not show whether the imbalance was between siblings or families.

Libby Lyons said cultural stereotypes of women doing traditionally feminine domestic chores such as cooking and cleaning without pay were a factor in the pay gap.

"And clearly the results of this survey are telling us that we have to challenge those stereotypes in the home, from when children first start to help around the home."

Ms Lyons said the findings should serve a wake-up call to parents who may be reinforcing these stereotypes without even realising it.

"It's really legitimising the undervaluing of women's work if we say it's ok to pay girls and boys differently as such a young age."

So how do kids feel about contributing?

Interestingly, it turns out pocket money may not even be that great of a reward to get kids to help out in the first place.

"When I do chores it makes me feel like I'm helping around, taking a burden off my parents because they do work a lot," 15-year-old Zoe said.

Seven-year-old Radha said: "I think it's fair that we all contribute to the house because it's our house and it's our responsibility to look after it."

The children surveyed said they were much more likely to help out for altruistic rather than monetary reasons.

For example, 50 percent of girls and 37 percent of boys said they helped out "to make the world a better place".

The results were similar for the response "to help others feel better".

Angus, 13, said he wasn't in it for the money either. "You don't want to start getting into a habit where you're only doing something because you're going to get paid for it."

But not all kids feel the same way, according to the survey. Nineteen percent of boys said they help out because they get paid or a reward, slightly higher than 15 percent of girls.