US President Donald Trump says "very productive talks" have been held with North Korea on reinstating the summit with leader Kim Jong-un. 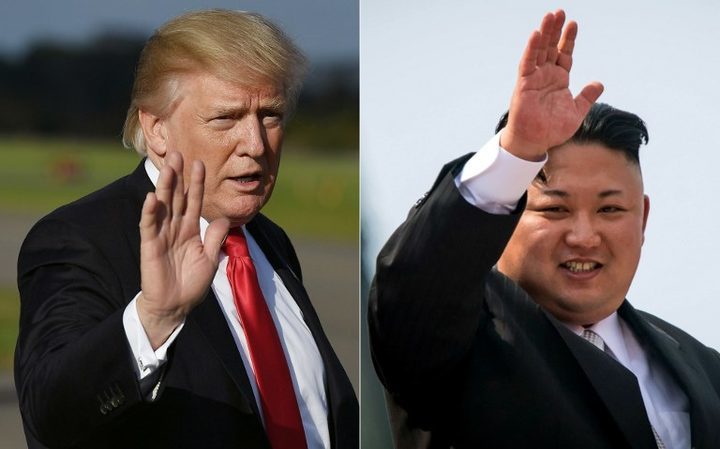 In a tweet, Mr Trump said the meeting could still take place on 12 June in Singapore "and if necessary will be extended beyond that date".

He cancelled the summit on Thursday, blaming the North's "open hostility".

But North Korea later appeared conciliatory, saying it was willing to talk "at any time in any form".

Shortly before Mr Trump's tweet, the South Korean presidency said it was thankful that the "summit embers are not put out and it is coming back to life".

Whether or not the talks will take place in just over two weeks' time is, frankly, anyone's guess, the BBC's David Willis reports from Washington.

Summit meetings of this kind usually involve months of detailed planning and some analysts have expressed disquiet that private discussion of policy differences appears to have been replaced by "diplomacy by tweet", our correspondent adds.

President Moon Jae-in had earlier said he was "very perplexed" and that it was "very regrettable" that the summit was not going ahead.

We are having very productive talks with North Korea about reinstating the Summit which, if it does happen, will likely remain in Singapore on the same date, June 12th., and, if necessary, will be extended beyond that date.

The summit planned for Singapore would have been the first time a sitting US president had met a North Korean leader.

Although the precise agenda was unclear, it was expected that the two leaders would discuss ways of reducing tensions and denuclearising the Korean peninsula.

It was South Korean officials who first informed the US earlier this year that Mr Kim was prepared to discuss potential nuclear disarmament.

In April, the leaders of both Koreas had a historic meeting at the border, promising to end hostilities and work towards the denuclearisation of the peninsula.

US Secretary of State Mike Pompeo visited North Korea for preliminary talks with Mr Kim and plans for the historic summit were announced.

However, the North quickly became angered by comments from senior US officials who made comparisons with Libya. There, former leader Colonel Gaddafi gave up his nascent nuclear programme only for him to be killed by Western-backed rebels a few years later.

After some fiery North Korean rhetoric, Mr Trump announced the summit would not be held.

But the North's Vice-Foreign Minister, Kim Kye-gwan, then struck a more conciliatory tone, calling Mr Trump's decision "unexpected" and "extremely regrettable". He said Pyongyang was willing "to sit face to face at any time".

Earlier on Friday, speaking to reporters outside the White House in Washington, the US president indicated that the summit could still be salvaged, saying: "We're gonna see what happens. We're talking to them [North Korea] now. It was a very nice statement they put out."