The World Health Organisation is racing to prevent a runaway Ebola outbreak in the Democratic Republic of Congo. 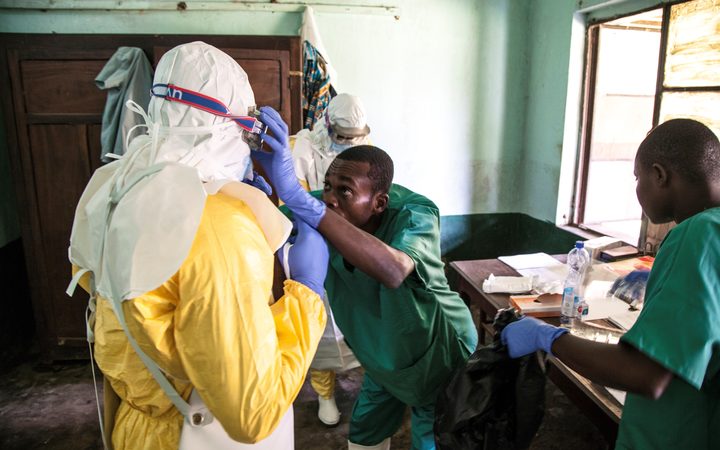 So far 23 people have reportedly died from the disease in the Congolese outbreak.

The disease has spread from a rural area of the country's Equateur Province where it was first reported last week to the city of Mbandaka, which has a population of more than 1,000,000 and is on the banks of the Congo River which connects several countries.

The WHO is set to convene an Emergency Committee meeting on Friday to consider the international risks.

"Now we have confirmation that we have urban ebola, which is a very different animal to rural ebola. The potential for an explosive increase in cases is now there," he said.

This is Democratic Republic of Congo's ninth epidemic since the disease was identified in the 1970s, but also its most alarming because of the risk of transmission via regular river transport to the capital Kinshasa, a city of 10,000,000 people. 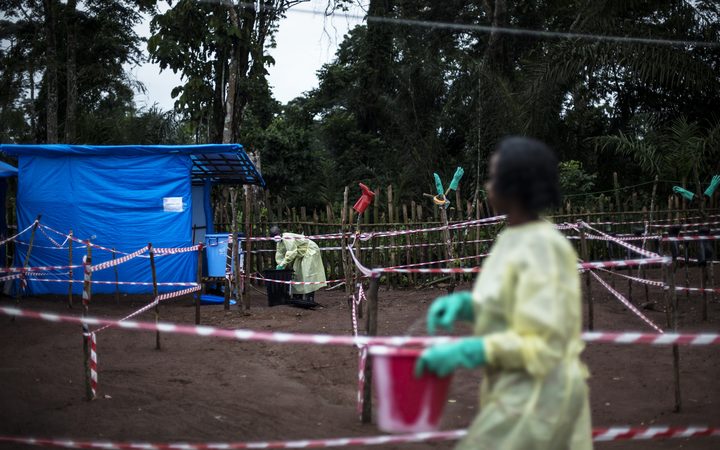 Health workers at an Ebola quarantine unit in Muma, after a one case of Ebola was confirmed in their village. Photo: AFP PHOTO / JOHN WESSELS

An experimental but highly effective vaccine is being deployed, with health workers being vaccinated first, but it normally needs to be kept -80 Celcius in a humid region where daytime temperatures hover around 30.

"For now, the cold chain is guaranteed at -80°C degrees until Kinshasa," Health Minister Oly Ilunga told Reuters. "There is a fridge that will be prepared (on Thursday) ... in Mbandaka and that will be at -80°."

"This vaccine is no longer experimental. The effectiveness has been proven and validated," he added. "Now that we are facing the Ebola virus we must use all the resources we have."