A scandal-plagued ship has been given approval to carry livestock again from Australia again. 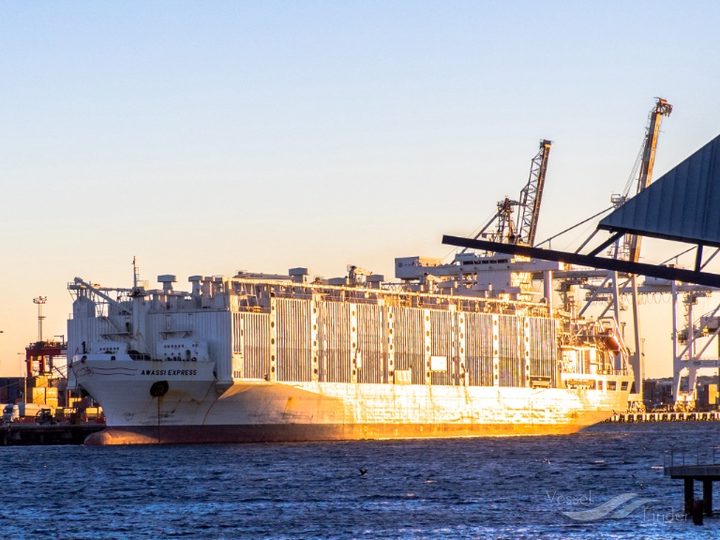 More than 2000 sheep died on the Awassi Express during a voyage to the Middle East last August, and recently released footage of sheep dying on board sparked outrage.

Two weeks ago the Australian Maritime Safety Authority (AMSA) refused to allow the vessel to carry livestock, but it has now granted permission, saying improvements have been made to the ventilation of sheep pens.

However, the exporter, the West Australian company Emanuel Exports, still needs an export permit from the Department of Agriculture before sheep can be sent offshore.

Emanuel Exports had planned to send 65,000 sheep to the Middle East on the Awassi Express prior to the ship failing the AMSA inspection.

Emanuel Exports, which does not own the Awassi Express, has since agreed to reduce the number of sheep it will send on ships to the Middle East for the foreseeable future following Department of Agriculture demands.

The company will also allow an independent observer to travel with the sheep to the Middle East and send back daily reports outlining the sheep's welfare to officials in Canberra.

The AMSA statement said it expected sheep could be boarded onto the Awassi Express later this week pending agricultural approval.

Irrespective of the Awassi Express gaining AMSA approval, the ABC understands the exporter might opt against using the ship on its impending consignment to the Middle East.

Emanuel Exports might instead use the Al Messilah, another live export ship currently docked in Fremantle.

The Al Messilah has a permit to carry livestock but needs to make minor improvements to an internal tank and vent pipe, which are unrelated to livestock areas, before it can set sail.

In a statement, the Department of Agriculture said it had "not received an application for an export permit".

Emanuel Exports has used the Al Messilah in the past, most notably in July 2016, when more sheep died on a shipment to the Middle East than last year's incident on the Awassi Express.

In that incident, a Department of Agriculture investigation found it had no way of knowing how many sheep died during the voyage.

The department confirmed 1741 sheep died from heat stress and a further 1286 animals "could not be accounted for".