The graves of 18 Cook Islands Anzacs have been restored and protected from the encroaching sea in Rarotonga. 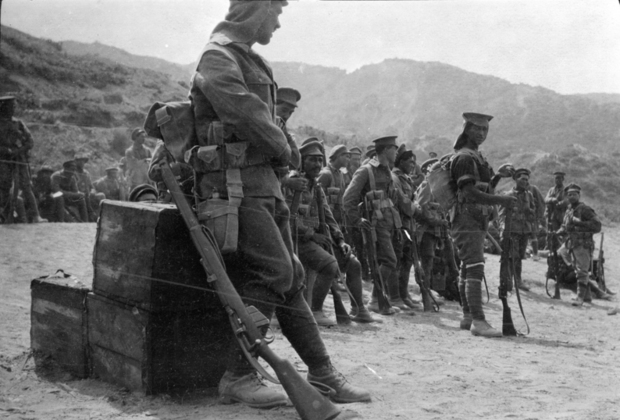 More than 300 Cook Islanders served with the Māori contingent in Europe and the Mediterranean during the Great War. Photo: Alexander Turnbull Library / Ref: 1/4-058101-F.

The returned servicemen had enlisted with the New Zealand Expeditionary Force in the First World War.

A group of volunteers, including the descendants of the veterans, have spruced up their grave sites by concreting and painting them. They also repaired the headstones, as part of the Nikao Cemetery Restoration Project.

Australian woman Cate Walker, whose mother is buried there, put a call out for volunteers when her husband found an Anzac headstone washed up on the beach beside the graveyard. The pair then discovered the beach held 18 overgrown burial sites of Cook Islands Anzacs.

In addition to the restoration of the graves, a rock seawall has been built to protect them from the waves.

More than 300 Cook Islanders served with the Māori contingent in Europe and the Mediterranean during the Great War. About 200 were recruited when it ended in 1918.

In New Zealand, a [http://mch.govt.nz/pukeahu-park/pacific-islands-memorial-design-competition

design competition] is under way for a memorial to Pasifika servicemen and women. It will be installed at Pukeahu National War Memorial Park in Wellington.