American magician David Copperfield has been forced to reveal a famous trick after a participant claimed he'd been injured during a Las Vegas performance. 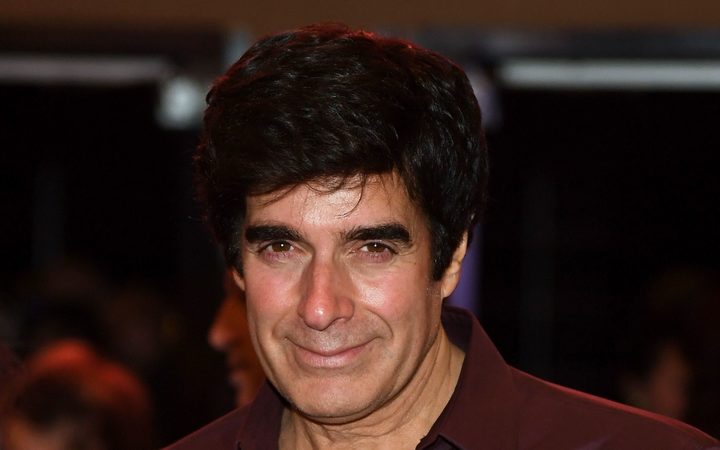 Mr Cox suffered a dislocated shoulder and claims he has since suffered chronic pain and brain injury.

Mr Copperfield has performed the trick thousands of times without incident.

Then, the grand surprise - spoiler alert - is when the illusionist reveals the 13 at the back of the room.

Lawyers for Mr Copperfield, the world's highest paid magician, argued that revealing the trick would financially harm the magician, but a Las Vegas district court judge demanded an explanation.

Chris Kenner, Mr Copperfield's executive producer, spilled the secrets of the trick in court on Tuesday.

After curtains come down on the 13 participants on stage, they are hurried through passageways that lead them around the Las Vegas MGM resort. They leave the building and emerge again at the back of the theatre.

Mr Cox, a resident of Kent, fell while being led through these passages by stagehands. He was taken to hospital with a dislocated shoulder at the time.

He said doctors later diagnosed him with a brain lesion. Mr Cox's lawsuit claimed he has spent over $400,000 on medical bills, according to NBC News.

Benedict Morelli, Mr Cox's attorney, said in his opening statements that "there was a duty by the defendants to provide a safe environment to the audience participants".

When Mr Morelli asked Mr Copperfield whether or not a participant's injury was his fault, Mr Copperfield responded: "It would depend on what happened. If I did something wrong, it would be my fault."

Mr Cox alleges there was construction debris and dust in the passageways his client used, but Mr Copperfield said he walked the same path earlier and it was clear.

The Las Vegas resort MGM is also a defendant in the lawsuit, and claimed its passageways were clear.

The resort's attorney, Jerry Popovich, said: "Mr Cox did not slip; he tripped."

The trial will continue, with Mr Copperfield expected to testify again on Tuesday.