An Islamic State (IS) commander suspected of hatching a plan to blow up a flight from Sydney last year and an Australian IS fighter allegedly connected to the country's most notorious terror cell have been captured in Iraq. 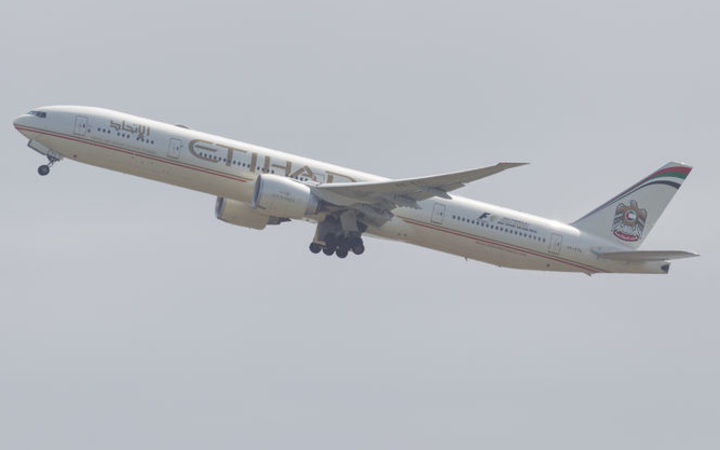 The two men kept in close contact with some of Australia's most notorious terrorism suspects from their positions in Syria, but appear to have shifted to Iraq when IS was routed from its territory in both countries last year.

Mr Khayat, a Lebanese citizen, is allegedly responsible for one of the world's most serious airline bomb plots, which came so close to carnage in the skies above Australia last year that it left the global intelligence community shaken and Australian counter-terrorism authorities in damage control.

The Australian Federal Police say Mr Khayat directed his Sydney-based brothers, Khaled and Mahmoud Khayat, to blow up an Etihad flight from Sydney to Abu Dhabi on July 15 last year with 400 passengers and crew on board.

The plot went undetected by Australian authorities and was only foiled by chance by an Etihad check-in officer at Sydney Airport, according to a court dossier prepared by the Lebanese military prosecutor on the case and obtained by the ABC.

Lebanese prosecutors allege the sophisticated plot was hatched by Mr Khayat from inside Islamic State's former Syrian stronghold of Raqqa to exact revenge on the west for the deaths of two of his teenage sons in the Syrian war months earlier.

It is alleged Mr Khayat connected two of his Sydney-based brothers, Khaled and Mahmoud Khayat, to a senior Islamic State controller in Syria who instructed them on how to make sophisticated self-timed bombs.

According to the Lebanese tribunal documents, the bombs were hidden in a meat grinder and a Barbie doll which were put in the hand luggage of a third Sydney-based brother, Amer Khayat, who was travelling to Lebanon via Dubai to visit family.

It was only when an Etihad check-in officer decided to weigh Amer Khayat's carry-on bag that the plot was allegedly aborted and the bombs were removed from the hand luggage.

Australian authorities were unaware of the plot until they received a tip-off from Israel's military intelligence 11 days later.

The Sydney-based brothers are charged with planning a terrorist attack and are due to enter a plea next month, ahead of an expected trial in the New South Wales Supreme Court next year.

Amer Khayat was arrested in Lebanon 10 days after his brothers and is preparing to face a hearing in Lebanon's military tribunal.

Before moving to Syria with his wife and five children in 2014, Tarek Khayat was a senior Islamic State commander in the northern Lebanese city of Tripoli.

He was wanted by Lebanon for allegedly trying to set up an IS emirate in the country's north and for leading his followers in battles against the Lebanese Army in Tripoli in 2014, shortly before he fled to Syria.

Senior Australian officials told the ABC another member of that family, Ahmed Merhi, was arrested in Iraq early this year.

Mr Merhi, a former labourer in his 20s, is the first Australian Islamic State fighter known to be detained in Iraq.

Mr Merhi travelled from Sydney to Syria in 2014 and used his notoriety on social media to exhort Australian Muslims to attack non-believers and carry out suicide attacks.

Police say Mr Merhi was in direct contact with members of Australia's most notorious Islamic State cell, which was responsible for several failed terror plots and the 2015 shooting murder of Sydney police accountant Curtis Cheng outside the Parramatta police headquarters.

Mr Merhi's family confirmed his arrest when approached by the ABC but refused to comment any further.

While Australian authorities can decide to seek Mr Merhi's extradition in order to face charges, Tarek Khayat is more likely to be tried in Iraq. Khayat is a citizen of Lebanon, which rarely seeks the extradition of terror suspects.

If they do face the Iraqi courts, there are concerns that as IS militants they would not get a fair trial, Jacinta Carroll director of national security policy at the ANU said.

"We're hearing reports of criminal cases being done and dusted in 10 to 20 minutes and in some cases there being no legal representation for those who are facing the court," she said.

"[These are] the most extreme cases but we're also seeing some lynch mob approaches."

"There are a number of Australians as well as other westerners still in Iraq and Syria," he said.

"I think the other step that Australia must take is to think through extradition and ultimately prosecution and whether that would take place in Australia or in a third country depending on citizenship."

The arrests of Tarek Khayat and Ahmed Merhi will provide crucial opportunities for Australian and international counter-terrorism authorities to question them and gather evidence about the IS threat.

Dr Jones described the arrests as "significant" in the war against IS.

"Certainly with past cases of individuals like Tarek Khayat and Ahmed Merhi, before they're captured they continue to be involved in external operations plots which makes them extremely dangerous, so arresting them is quite a significant development," Dr Jones said.