Two people have been killed in the western German city of Muenster after a van drove into people sitting outside popular restaurants. 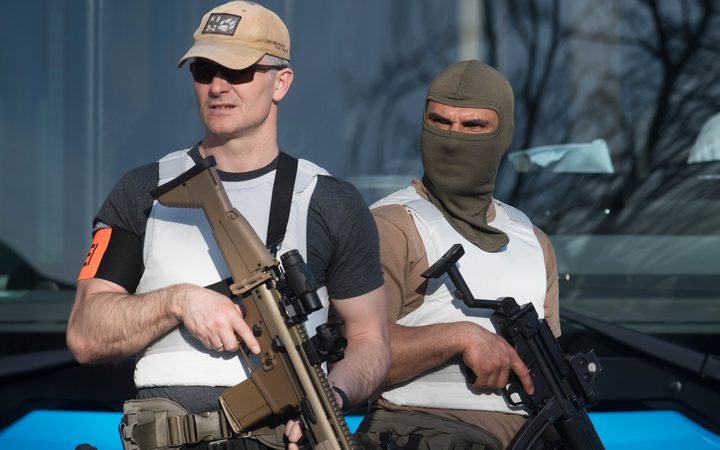 Special Police officers are seen at the scene when several people were killed and injured when a car ploughed into pedestrians in Muenster, western Germany. Photo: AFP

The driver of the vehicle died after shooting himself, police said. They are not looking for more suspects.

About 20 people are reported injured in the incident, which occurred near the Kiepenkerl statue in the old town. Six are said to be in a serious condition.

Police have closed the area and asked people to avoid the city centre.

"The perpetrator drove into several cafe and restaurant terraces in a major square in the centre of Muenster," police spokeswoman Vanessa Arlt told the AFP news agency.

Another police spokesman, Andreas Bode, said it was still too early to declare the incident an attack and could not confirm the suspect's identity. German media has reported that the driver may be a German national with mental health problems.

Authorities also said a suspicious object was found in the van but did not specify what it was.

The Kiepenkerl statue is located in a popular pedestrian area in the middle of the historic old town. There are traditional inns and restaurants in the vicinity with outdoor seating. 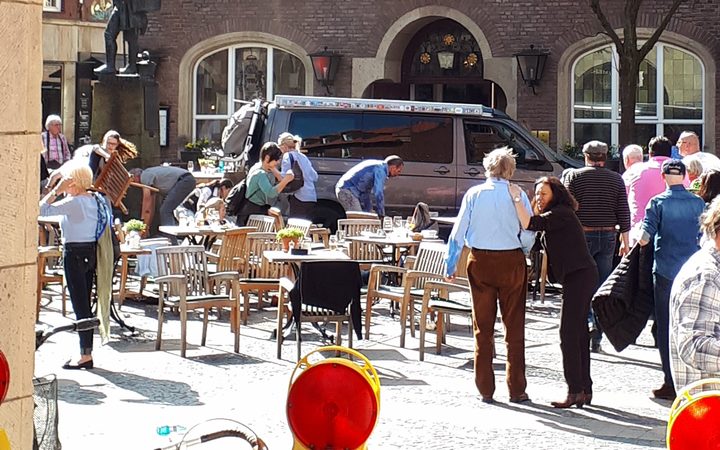 The scene where several people were killed and injured when a vehicle ploughed into pedestrians at a cafe in Muenster, western Germany. Photo: AFP

Photographs posted on social media showed tables and chairs strewn outside the Grosser Kiepenkerl restaurant, which is popular with tourists.

Daniel Kollenberg, who witnessed the aftermath, told the BBC: "I think it is a deliberate attack because it's not allowed for cars to go in this area."

He said, "People are calm, but really shocked," adding that people were scared and disbelieving that such an attack could happen in Muenster.

Ulrike Demmer, the federal government's deputy spokesperson, said the government's thoughts were with the victims and their families.

The incident comes at a time of a heightened concern in Europe, following a spate of jihadist attacks using vehicles to kill pedestrians in the UK, France and Sweden.

In December 2016, a lorry ploughed into a crowd at a Christmas market in the German capital, Berlin, killing 12 people.

Anis Amri, a Tunisian asylum seeker who had hijacked the lorry, was shot and killed in Italy four days after a Europe-wide manhunt.