Armed French customs officers have provoked widespread anger by entering a migrant clinic over the border in Italy. 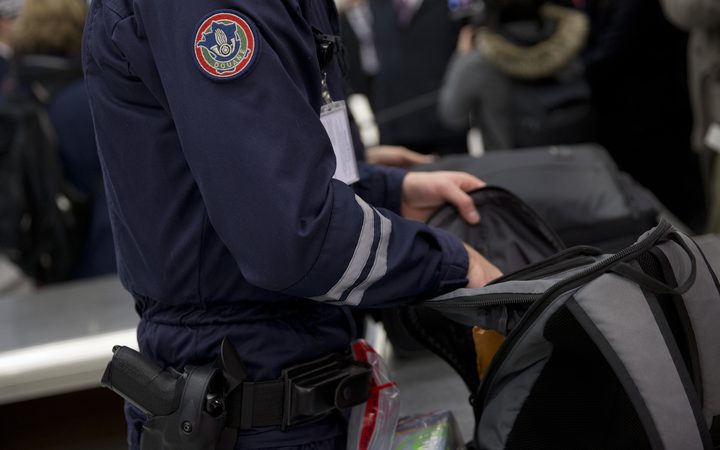 Five officers forced one individual to undergo a urine test at the facility west of the city of Turin on Friday evening, Italian reports say.

The premises is located about 1km inside the Italian border.

Political figures in Italy, which has received over 600,000 migrants in the last four years, condemned the move.

The French ambassador, Christian Masset, was called into the Italian foreign ministry in Rome on Saturday to explain what had happened.

"French border agents entered - armed - the clinic run in Bardonecchia, forcing a migrant to a urine test and intimidating our doctor and the mediators and lawyers," the medical organisation which operates a clinic at the premises, Rainbow for Africa, said.

The organisation said the actions of the French officers "seriously interfered" with the work of non-governmental organisations (NGOs) in Italian institutions.

It added that the French border was becoming "increasingly militarised" and called for a change in France's strict policy in rejecting migrants.

However, the French government responded by saying they had asked for permission to enter the centre and were allowed in. They said a team of French customs officers on board a train travelling into Italy suspected a Nigerian train passenger with Italian residency of carrying drugs.

French customs officials were allowed to use the station at Bardonecchia under a bi-national agreement, it said.

Bardonecchia mayor Francesco Avato said he was "very upset" by the news, adding that the French officers "had no right" to go into the property.

Former Italian Prime Minister Enrico Letta said the incident was "yet another mistake on the issue of migrants".

An MP with the far-right Brothers of Italy, Augusta Montaruli, said the behaviour of the French officers at Bardonecchia was "very serious".

"This is an unprecedented lack of respect towards Italy," she said. "We are not Macron's toilet," she added, suggesting that the French president was treating his neighbour with contempt.

French media suggest that the country's customs officers frequently return migrants to the centre in Bardonecchia if they are found attempting to enter France.

Bardonecchia is the first stop in Italy on the high-speed rail route from Paris to Milan.

Migrants who have crossed the Mediterranean and arrived in Italy sometimes try to reach France by crossing the Italian Alps despite the snow, bad weather conditions and terrain.