Yulia Skripal, the daughter of ex-spy Sergei Skripal, is improving rapidly and no longer in a critical condition, says the hospital treating her. 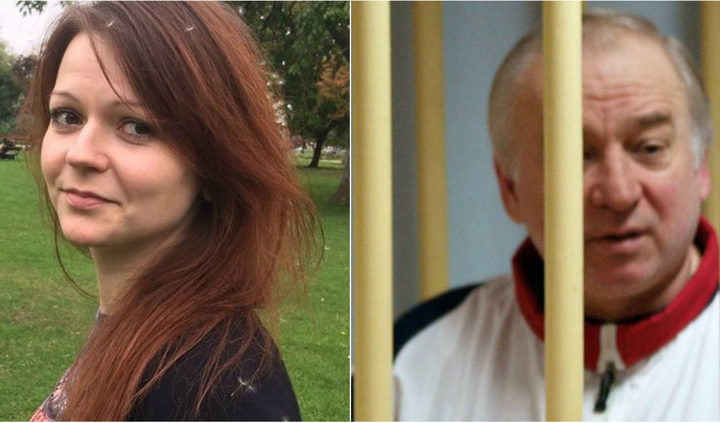 She and her father were admitted nearly four weeks ago after being exposed to a nerve agent in Salisbury.

The BBC understands from separate sources that Ms Skripal is conscious and talking.

"I am very proud both of our front-line staff and all those who support them."

BBC correspondent Duncan Kennedy said it appeared a corner had been turned for Yulia Skripal, who was now in a stable condition.

However there was no news on what the long-term damage might be, he added.

Meanwhile, the police have placed cordons round a children's play area at Montgomery Gardens near Mr Skripal's home.

"Officers will be searching it as a precautionary measure," said Deputy Assistant Commissioner Dean Haydon.

The Skripals were admitted to hospital on 4 March after being found collapsed on a bench at the Maltings shopping centre in Salisbury.

Police have been treating the case as attempted murder.

On Wednesday, police said the Skripals first came into contact with the nerve agent at the former Russian spy's home in Salisbury.

Forensic tests show the highest concentration was found on the front door.

The nerve agent was found at other locations in the town but in lower concentrations, the Metropolitan Police said.

A police officer who fell seriously ill after responding to the attack - Det Sgt Nick Bailey - was treated in hospital but was discharged on 22 March.

DS Bailey, who is believed to have visited Mr Skripal's house after the incident has spoken of his ordeal, saying: "Normal life for me will probably never be the same."

The British government has accused the Russian state of involvement in the attack - a claim Moscow has denied.

Prime Minister Theresa May said the chemical used had been identified as being part of a group of nerve agents developed by Russia known as Novichok.

In response to the incident, Mrs May announced a series of sanctions including the expulsion of 23 Russian diplomats.

As a counter-measure the Kremlin said it would expel an equal number of British diplomats from Russia and close down the country's British Council.

Then - in what is believed to be the largest collective expulsion of Russian intelligence officers in history - more than 20 governments expelled diplomats in their countries, including the US, which removed 60.

In reply, Russia will expel 60 US diplomats and the US consulate general in St Petersburg is to be closed.