Russia and the Taliban have separately rejected comments made by the head of US forces in Afghanistan that Moscow has been supporting, and even supplying weapons to, the insurgent group. 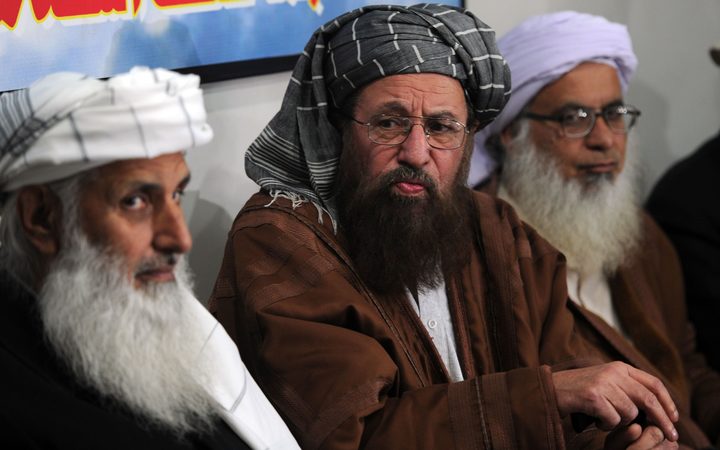 Gen John Nicholson told the BBC last week he had seen "destabilising activity by the Russians".

The Russian embassy in Kabul, in a statement, dismissed the general's claim as "baseless" and "idle gossip".

A Taliban spokesman said they had not "received assistance from any country".

The spokesman told the Pakistan-based Afghan Islamic Press news agency: "The enemy has no evidence in this regard."

Speaking with the BBC's Justin Rowlett, Gen Nicholson said Russia had been undermining US efforts in the region despite shared interests in fighting terrorism and narcotics.

The US general explained: "We've had weapons brought to this headquarters and given to us by Afghan leaders and [they] said, this was given by the Russians to the Taliban."

American commanders, including Gen Nicholson, have made similar allegations of collusion before, though no confirmed evidence has been made public.

Russia responded to the US general's recent comments by saying: "Once again, we insist that such statements are absolutely baseless and appeal to officials not to talk nonsense."

The embassy said high-ranking officials should back "such serious allegations" with "irrefutable evidence".

Russia has previously said that its limited contacts with the Taliban were aimed at encouraging peace talks and ensuring the safety of Russian citizens.