A plane has crashed on the runway at Kathmandu airport in Nepal, killing 49 people according to police. 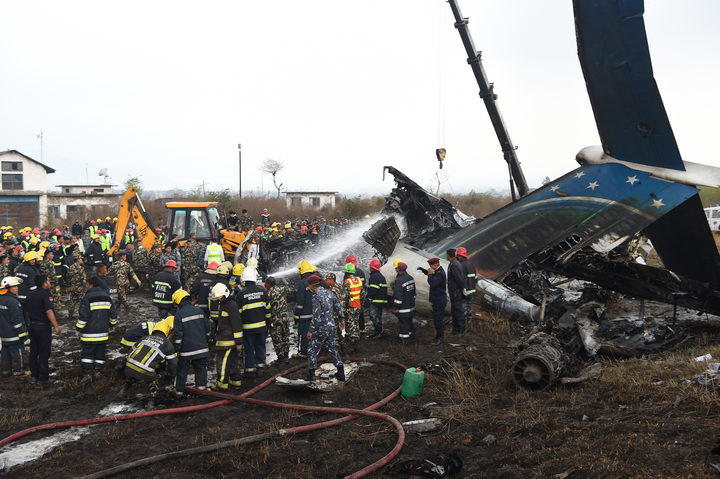 Reports say the plane got out of control, ploughing through the airport fence on to a football field.

Police spokesperson Manoj Neupane told the BBC there were 22 people being treated in hospital, some in a critical condition.

Offering his condolences, he promised an immediate investigation.

One of the survivors, Nepalese travel agent Basanta Bohora, described from his hospital bed what he had experienced.

After a normal take-off from Dhaka, the 17-year-old Bombardier Dash 8 Q400 turboprop had begun to behave strangely as it approached Kathmandu, he said.

"All of a sudden the plane shook violently and there was a loud bang afterwards," he told the Kathmandu Post. 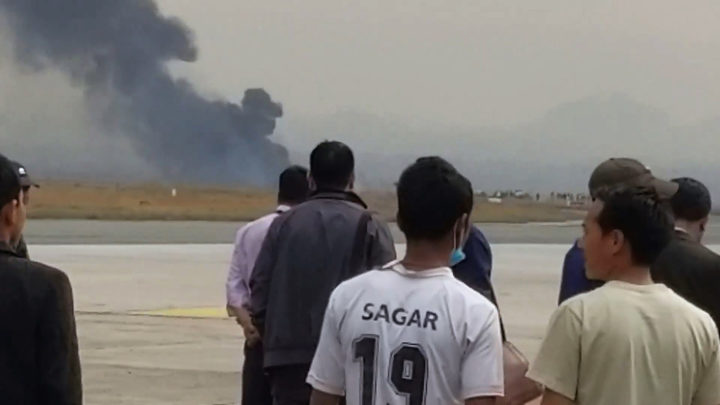 This screengrab of video footage from the Facebook account of Nitin Keyal shows smoke rising from the site of the crash. Photo: AFP PHOTO / Nitin KEYAL

"I was seated near the window and was able to break out of the window," he added.

"I have no recollection after I got out of the plane, someone took me to Sinamangal Hospital, and from there my friends brought me to Norvic [Hospital]. I have injuries to my head and legs, but I am fortunate that I survived."

Airport general manager Raj Kumar Chettri said the pilot had told flight controllers that everything was OK soon before landing, but did not reply when told his alignment was not correct.

The plane hit the airport fence before touching ground, he said.

"There were wrong directions from the tower. Our pilot was not at fault," US-Bangla Airlines chief executive Imran Asif told reporters at his office in Dhaka.

However, Nepali authorities said the plane made an "unusual" landing.

"The aircraft was permitted to land from the southern side of the runway flying over Koteshwor, but it landed from the northern side," Sanjiv Gautam, director general of the Civil Aviation Authority of Nepal told the Post.

"We are yet to ascertain the reason behind the unusual landing." 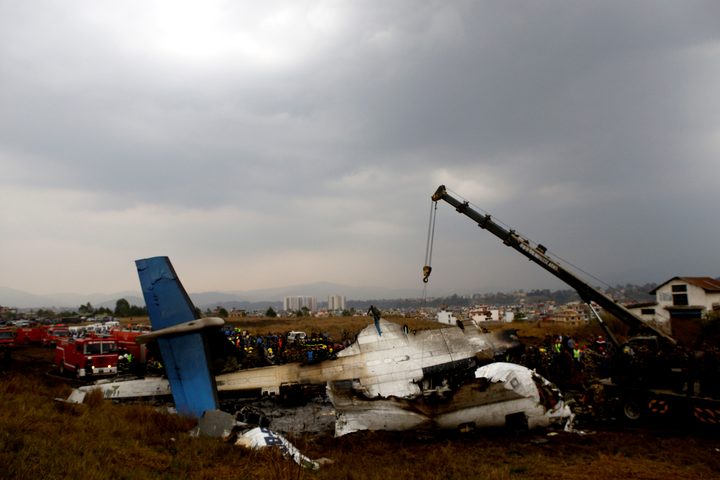 Nepal has a poor air safety record. Its airline companies are banned from flying within the European Union.

There have been many aviation incidents in Nepal but this is the deadliest since a Pakistan International Airlines plane crashed on approach in September 1992, killing all 167 on board.

Pilots say that landing at Kathmandu airport can be challenging because of the mountainous landscape.

It is now known that 33 of the passengers were Nepalis, 32 were Bangladeshi, one was Chinese and one was from the Maldives.