Amazon's Alexa has been letting out an unprompted, creepy crackle - startling users of the best-selling voice assistant. 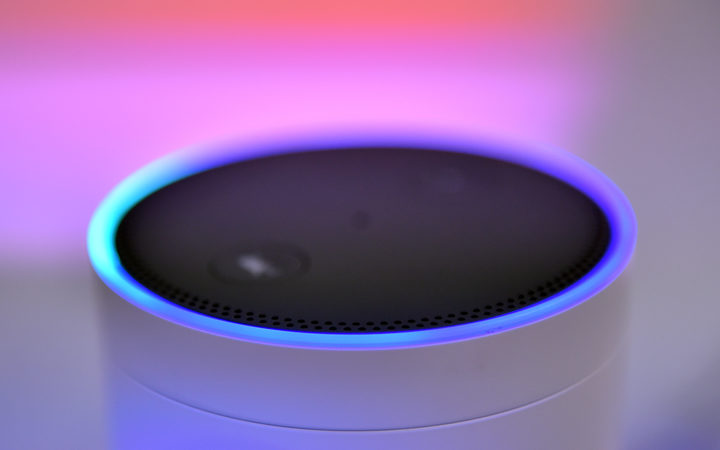 What's she laughing about? Photo: AFP

The laugh, described by some as "witch like" was reported to sometimes happen without the device being "woken" up.

Others reported the laugh occurring when they asked Alexa to perform a different task, such as playing music.

"We're aware of this and working to fix it," Amazon said.

Voice assistants like Alexa are designed to respond or act only when prompted with a wake word, which in this case is "Alexa" or "Amazon".

But this apparent glitch is happening without any prior interaction, spooking Alexa owners.

So Alexa decided to laugh randomly while I was in the kitchen. Freaked @SnootyJuicer and I out. I thought a kid was laughing behind me. pic.twitter.com/6dblzkiQHp

Another wrote: "Lying in bed about to fall asleep when Alexa on my Amazon Echo Dot lets out a very loud and creepy laugh ... there's a good chance I might get murdered tonight."

The use of voice assistants in the home is often met with caution due to their nature - voice commands are recorded and sent to the cloud for processing, a system that stokes a fear of eavesdropping, unintended or otherwise.

Incidents like this, where an assistant seems to rebel against its owner, naturally further this concern. That said, most users on social media reaction with humour, drawing parallels with HAL 9000 from the 1968 film 2001: A Space Odyssey.