A French judge has opened a formal criminal investigation into Marine Le Pen's publication on Twitter of a series of grisly images in 2015. 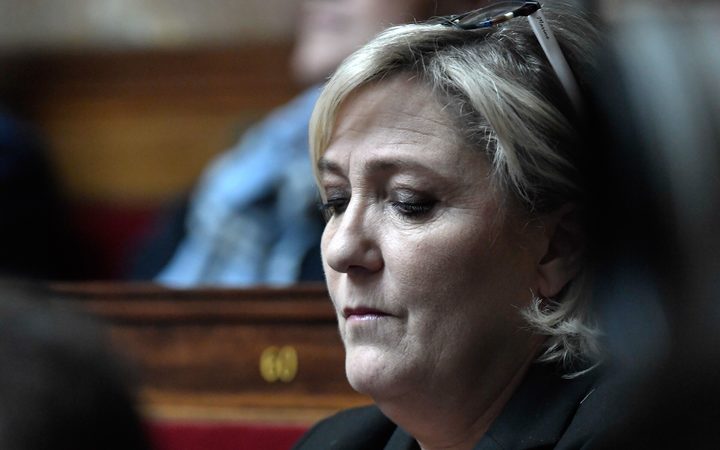 The three images referred to the so-called Islamic State group and were captioned "Daesh is THIS!"

One showed the decapitated body of IS victim James Foley.

The far-right National Front leader later deleted that image amid the resultant outcry, insisting she was unaware of the victim's identity.

The other images showed a tank running over a man in an orange jumpsuit, while another jumpsuit-clad man was shown in a cage being burned alive.

Ms Le Pen is facing charges of circulating "violent messages that incite terrorism or pornography or seriously harm human dignity" and that can be viewed by a minor - punishable by up to three years in prison.

The investigation is the latest blow to the embattled Ms Le Pen, who lost the French presidential election to Emmanuel Macron in May 2017.

After the investigation was announced on Thursday, Ms Le Pen defended her actions, saying she was being charged for condemning IS.

"In other countries this would have earned me a medal," she told AFP.

In a separate interview in French media, she said: "If they are trying to silence me, they will not succeed."

The announcement of this investigation comes on the same day her father, Jean-Marie Le Pen, publishes the first book of his memoirs.

The former National Front leader claims in the work that he pities his daughter for her electoral loss.

In the presidential election second round run-off, Ms Le Pen won a third of votes, nearly double her father's share in the 2002 election.

Mr Le Pen also publicly attacked his daughter in an interview on Wednesday, saying her nascent plans to change the name of her party amounts to "political suicide".

"It takes years, decades, to build a credible political name. Wanting to change it is ... inexplicable," he said.

Her family and political woes aside, these fresh legal challenges could cause the National Front leader further trouble.

In November, a cross-party committee in the National Assembly decided to strip Ms Le Pen of her immunity as a deputy in France's lower house.

In theory, if found guilty she could face a heavy fine or even imprisonment according to French law.

She has also been placed under formal investigation over her alleged misuse of European Parliament funds while she was an MEP.

French investigators are examining claims that 5 million euros ($4.4m) of parliamentary funding went to National Front assistants not working for MEPs but instead working on party business in France.