China has renewed a clampdown on strippers performing at funerals, wedding and temples, calling it "obscene and vulgar". 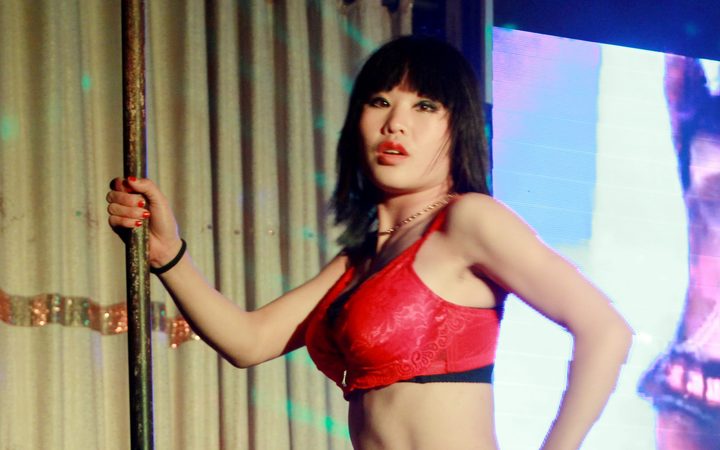 This is not the first time authorities have tried to get rid of the practice but it has proven resilient.

According to one theory, strippers are used to boost funeral attendance because large crowds are seen as a mark of honour for the deceased.

Another is the practice could be linked to a "worship of reproduction".

One practical theory is that the hiring of strippers could be seen as a sign of wealth.

"Chinese rural households are more inclined to show off their disposable incomes by paying out several times their annual income for actors, singers, comedians and strippers to comfort the bereaved and entertain the mourners," said the Global Times.

Is the practice common?

It is mainly seen in rural parts of China, but it's actually more common in Taiwan - where it first originated from.

"It has become fairly common in Taiwan but in China the government has been more restrictive so many people have never even heard of this."

But even in Taiwan, the practice is not usually seen in major cities.

"Because funeral stripping is in a grey area between legal and illegal activity ... it is less common to see it taking place in urban centres, although one often finds the practice in the outskirts of most cities," Mr Moskowitz said.

Last year, a Taiwanese funeral featured 50 pole dancers on top of jeeps in the southern city of Chiayi.

The funeral was for a local politician, who according to his family, told them he wanted a colourful funeral "through a dream".

The newest crackdown is just the latest in a series of campaigns over the years by the Chinese government to end the practice of funeral strippers.

China's Ministry of Culture has deemed such performances "uncivilised" and announced that anyone who hires a stripper to entice people to a funeral will be "severely punished".

"China's government envisions itself as being a father figure who needs to guide its citizens," Dr Moskowitz said.

"They worry about public nudity and the influence that this might have on society, especially given that children often see these shows.

However, Dr Moskowitz said it might not be so easy to get rid of the practice.

"The fact that it keeps popping up, in spite of laws against it, points to how resilient [it] can be.

In 2006, the leaders of five striptease troupes in the eastern province of Jiangsu were detained after hundreds attended a farmer's funeral that saw striptease acts being performed.

In 2015, villages in Hebei and Jiangsu province made headlines on Chinese social media when it was discovered that strippers had been invited to stage "obscene performances" at funerals. The government again punished organisers and performers involved.

The Ministry of Culture's new campaign will target in particular the Henan, Anhui, Jiangsu and Hebei provinces. The government has also set up a hotline for the public to report any "funeral misdeeds" in exchange for a monetary reward.