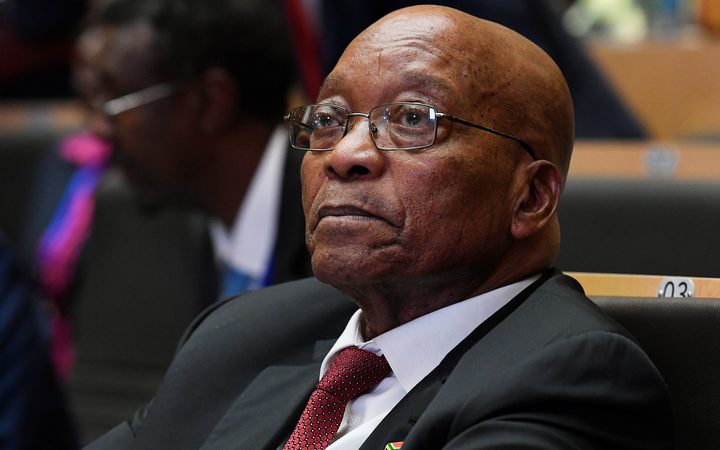 The reported decision to "recall" Mr Zuma followed marathon talks by senior party officials that continued into the early hours of Tuesday.

If Mr Zuma, 75, still does not budge, he will face a vote of confidence in parliament that he is expected to lose.

He has been leader since 2009 but has been dogged by corruption allegations.

The ANC has not officially confirmed its plans, but party sources have described them to South African media outlets and Reuters news agency.

Mr Zuma has resisted increasing pressure to quit since December, when Cyril Ramaphosa replaced him as leader of the ANC.

It is unclear how Mr Zuma will respond to the formal request to step down, which is expected to be issued later on Tuesday.

Earlier, Mr Ramaphosa left the meeting of the ANC's national executive committee to travel to Mr Zuma's residence, where he is said to have told the president he would be recalled if he did not step down. He later returned to the ANC conclave.

Mr Zuma's presidency has been overshadowed by allegations of corruption which he has always vehemently denied.

In 2016, South Africa's highest court ruled that Mr Zuma had violated the constitution when he failed to repay government money spent on his private home.

Last year the Supreme Court of Appeal ruled that he must face 18 counts of corruption, fraud, racketeering and money laundering relating to a 1999 arms deal.

More recently, Mr Zuma's links to the wealthy India-born Gupta family, who are alleged to have influenced the government, have caused his popularity to plummet.

Both Mr Zuma and the Guptas deny the allegations.

Correspondents say it will be very difficult for him to resist a formal request to resign - known as a "recall".

But Mr Zuma would not be legally obliged to step down and he could technically carry on as president of South Africa despite losing the faith of his party.

However, he would then be expected to face a confidence vote in parliament. The date for this has already been set - 22 February.

Mr Zuma has survived other such votes, but he would not be expected to pull it off again. A confidence vote would be considered a humiliating process for him and the party.

South Africa's previous president, Thabo Mbeki, resigned in 2008. He also had a power struggle with his deputy.

The deputy in question was Jacob Zuma, who took over the presidency the following year.