A shallow 6.4 earthquake has struck the east coast of Taiwan, causing some buildings to collapse and killing at least two people. 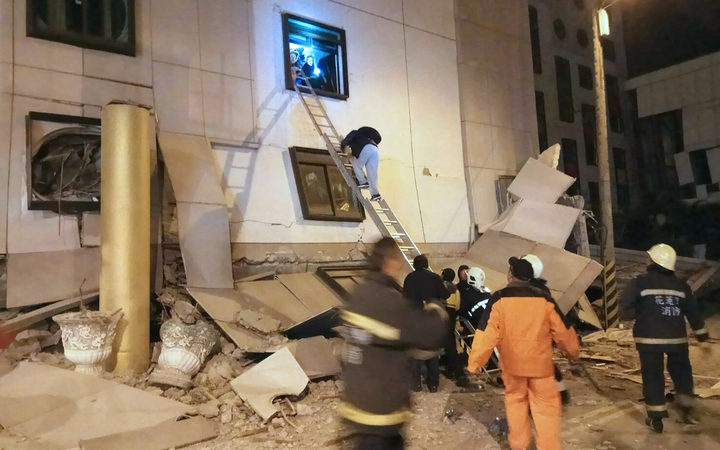 Rescue workers search through rubble outside the Marshal Hotel in Hua-lien Photo: AFP

The quake hit just before midnight local time, 22km north-northeast of Hua-lien in Taiwan, 9.4km deep, according to the United States Geological Survey.

The Taiwan government said emergency workers were trying to free people who are trapped in the Marshal Hotel, which partially collapsed.

Some 88 soldiers were helping the local fire service respond at the hotel, and another 250 were on standby to help.

There have been at least two aftershocks above magnitude 5 in the same area since.

Follow the latest updates with our live blog below: