Sinn Féin's Gerry Kelly has been interviewed by police for alleged criminal damage after he was filmed removing a clamp from his car. 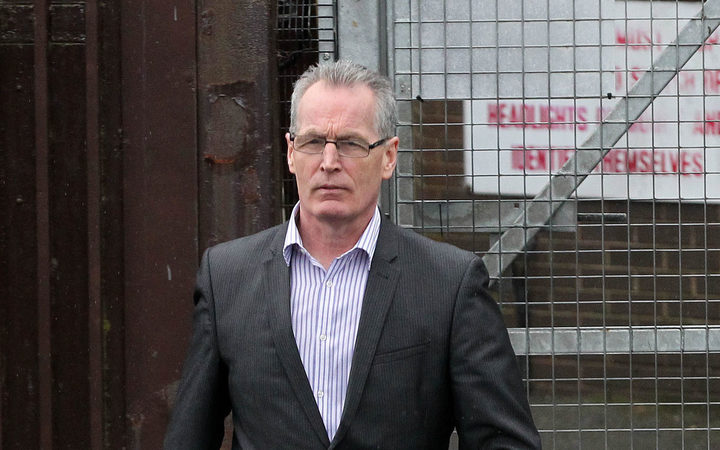 The North Belfast MLA was recorded using what appears to be bolt cutters to remove the clamp on Friday.

In a tweet on Sunday evening, Mr Kelly said: "No one can be above the law." He said he had made a "voluntary arrangement" to talk to police.

Footage of the incident was posted on social media.

His actions were criticised by other political parties.

In his tweet, Mr Kelly said he wanted to resolve the matter "as soon as possible".

Earlier, police confirmed they had interviewed a 64-year-old man at Musgrave Park police station in relation to an allegation of criminal damage at Exchange Street in Belfast on Friday.

DUP deputy leader Nigel Dodds said this was a "significant test for the Sinn Féin leadership".

On Saturday, Sinn Féin said the matter was being dealt with by Mr Kelly's solicitor.

The incident happened near the Metropolitan Arts Centre (MAC).

Its spokesman told the Belfast Telegraph: "PEA is aware of this incident and has reported the matter to the PSNI as we do in all such cases."

He is also a former member of the Northern Ireland Policing Board, which holds the PSNI to account.

Mr Dodds, DUP, asked: "Will Gerry Adams, Mary Lou McDonald or Michelle O'Neill finally take action when we have their policing spokesperson act like this?

Sinn Féin's Mary Lou McDonald, who will take over the party leadership next weekend, said she did not know enough about the incident to comment.

Speaking to RTÉ on Sunday morning, she said: "Gerry's solicitors are currently dealing with the issue of the clamping.

"I have to tell you that I don't have the detail on it and we'll have to see what flows from that, but I'm reluctant to comment any further because I don't have the facts of exactly what happened.

"I'm only in a position to say that his solicitors are dealing with the issue, as they should," she added.

"He, who sat in the Policing Board, pontificating about law and order issues, should now think that he can take the law into his own hands and behave in this manner needs to be called to account.

Ulster Unionist MLA Roy Beggs said Mr Kelly had set "an appalling example" and should "do the decent thing and resign".

"Parking in a no-parking area, which reserves access for deliveries and emergencies, then damaging private property.

"What if everyone ignored yellow lines?

"Is Gerry special, above the rules that apply to you and me?"

Mr Beggs added: "If this was to happen in any other part of the United Kingdom or indeed the Republic, the relevant politician would be gone."

Alliance MLA Paula Bradshaw said Mr Kelly's actions were "ironic" given that he was Sinn Féin's spokesperson on justice issues.

"This is the sort of stuff that reflects very much on the behaviour of MLAs and I would very much like the assembly back up and running this week so that this could be looked at as an internal matter in terms of his conduct as a public representative."