Two train workers are dead and 116 other people injured after a passenger train and freight train collided in the US state of South Carolina. 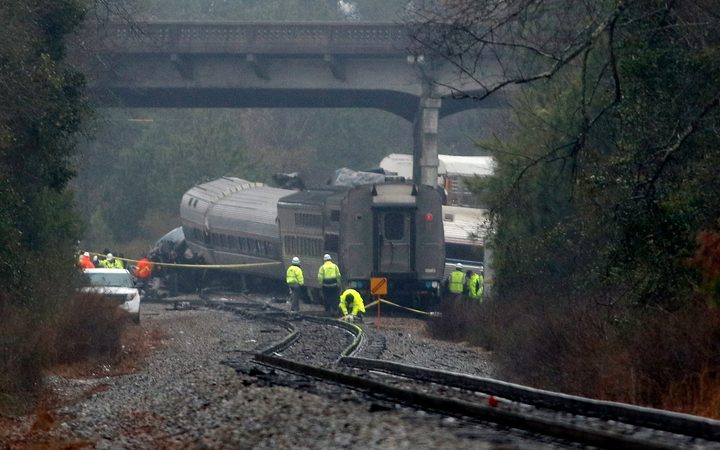 The passenger train was carrying 147 people from New York to Miami when it collided with the freight train in Cayce, just outside the state capital Columbia, about 2.35am local time.

The lead engine and a number of carriages left the tracks.

It was estimated about 22,000 litres of fuel was spilled from the CSX train, but officials said there was no threat to the public.

The American Red Cross sent rescue workers to the scene of the collision, and emergency services say all passengers have been evacuated from the train.

A shelter was set up at a nearby school for passengers to get assistance.

Amtrak said 139 passengers and eight staff members were aboard the train.

One passenger, Derek Pettaway, told CNN he had been travelling from Philadelphia to Orlando in a sleeper cabin when he had been awoken by the impact of the crash.

The train's staff evacuated passengers in a "really calm fashion", he said.

The National Transportation Safety Board said it was investigating the incident.

US President Donald Trump was briefed on the incident and tweeted that his thoughts and prayers were with the victims.