Ten people including a Kiwi man have been arrested in Cambodia for what police describe as "pornographic dancing", after a raid on a party in the resort town of Siem Reap. 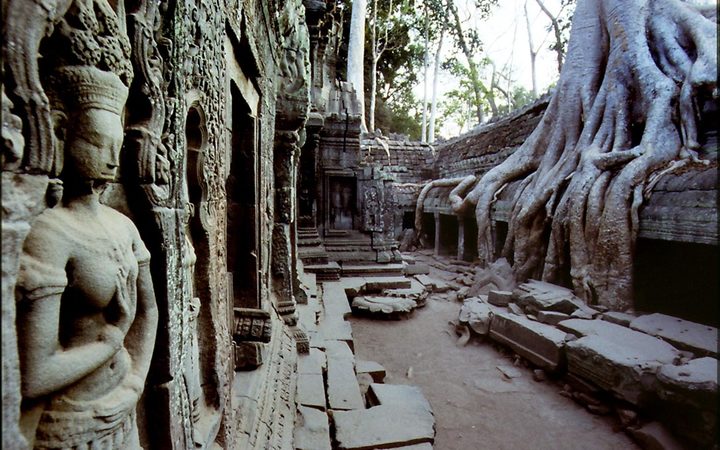 Ta Prohm, one of the temples at Angkor in Siem Reap, Cambodia. Photo: Andy Reisinger

Siem Reap is a popular tourist hub and base for exploring the temples of Angkor Wat in the Cambodian jungle.

A Cambodian Police website published photographs appearing to show some shirtless men lying on top of other men and women, who are clothed, in various positions on a floor.

The police website translation said those arrested ranged in age, from a 20-year-old Canadian woman to men in their early 30s.

According to the website, Lieutenant General Chea Heng said there were 77 tourists, 36 women, and 10 organisers who were dancing in a "pornographic mode". One of those arrested was New Zealander Paul Martin Brasch, who appears to have been living in Cambodia and working in tourism.

The expats and travellers were pictured in a group outside what appears to be a police station and websites also published pictures of the alleged offensive behaviour.