An earthquake has struck in the Pacific ocean south of Alaska. 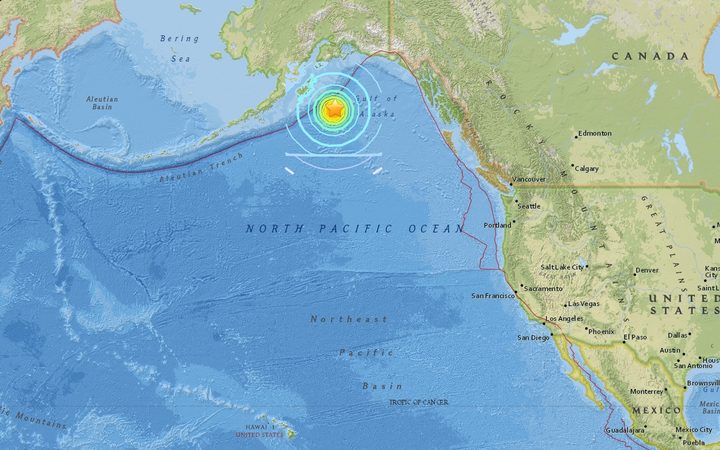 The USGS recorded the quake at a magnitude of 7.9, about 25km deep, 280km southeast of Kodiak, Alaska in the United States. It struck about 10.30pm New Zealand time.

The quake prompted a tsunami warning for parts of Alaska and Canada and a tsunami watch for the entire US west coast, the US Tsunami Warning System said.

New Zealand's Civil Defence Ministry said there was no threat of tsunami to New Zealand.

They earlier said that if a tsunami had been generated, it was not likely to arrive in New Zealand for at least 12 hours.

The quake was earlier recorded as 8.2, about 10km deep 278km southeast of Kodiak City, Alaska.

See how news of the earthquake unfolded in our blog below: